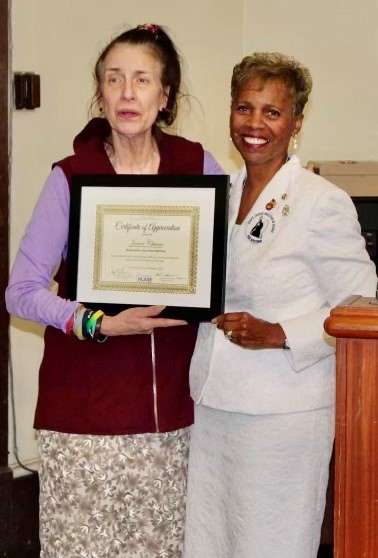 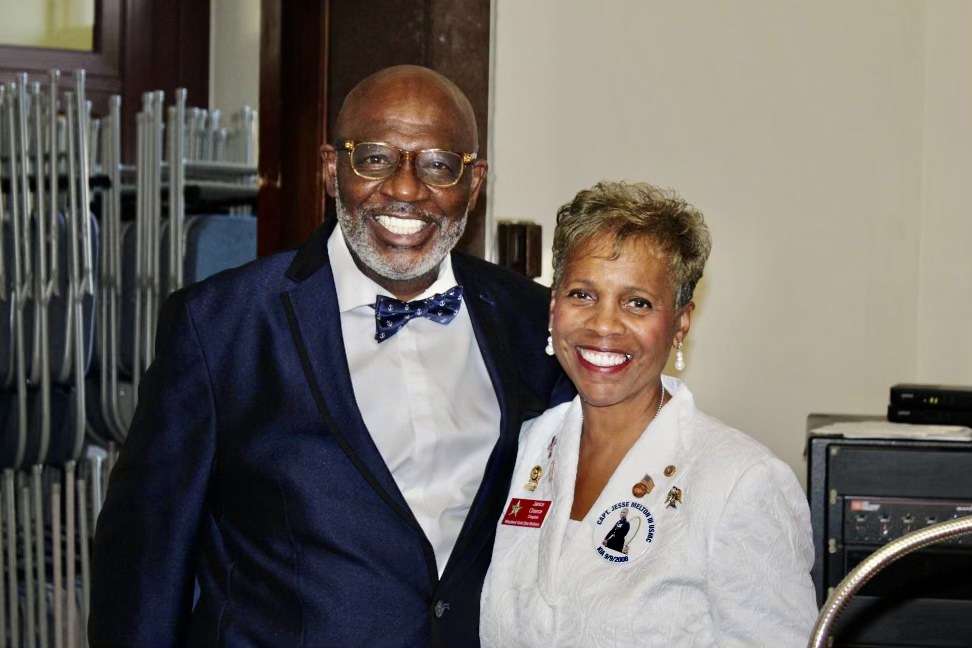 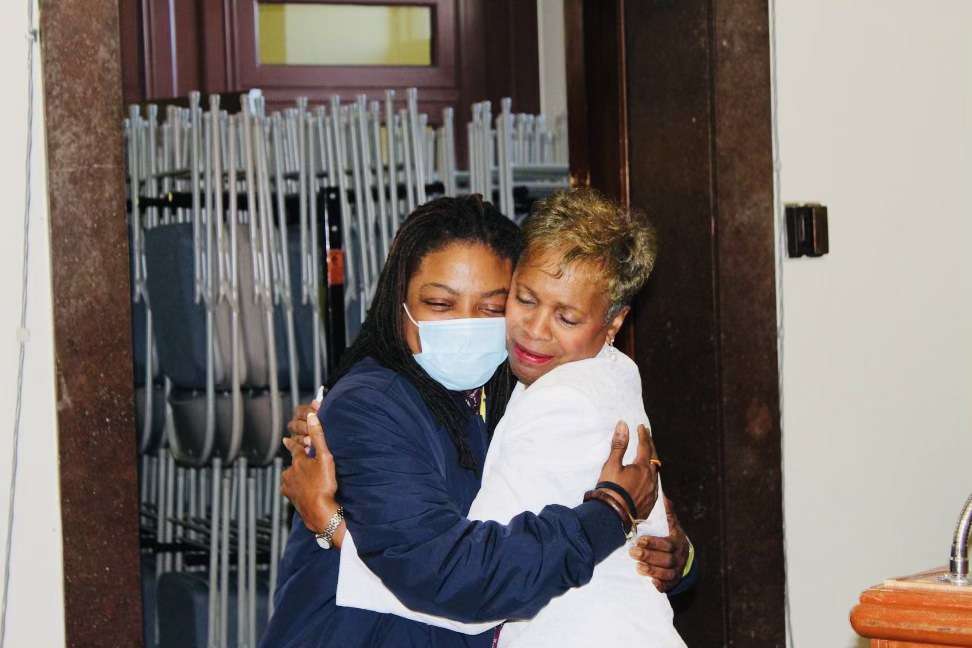 Colors were presented by the Maryland National Guard. The National Anthem was sung by Staff Sergeant Latrick Turner who did an amazing job.  Following the singing of the National Anthem, Ms. Chance gave her Veterans Day message.  After her remarks Ms. Helen Daniel’s, Health Care, Supportive Services for Veterans Families and Project PLASE’s Executive Director Ms. Mary Slicher, presented Ms. Chance with a certificate of Appreciation for being their Keynote speaker.   A certificate was also presented to Ms. Chance in honor her son Captain Jesse Melton III USMC for his 11 years of selfless service and sacrifice. He made the ultimate sacrifice while serving in Afghanistan while supporting combat operations during the Operation Enduring Freedom campaign on 9 September 2008.  Before and after her message she rendered what she referred to as a “Gold Star Moms Hand Salute” to the veterans and service members.

In attendance were Project PLASE staff, veterans, officers and service members of the Army National Guard, Representatives from other veteran service organizations, and several other supporters. It was well attended.  Ms. Chance was surprised when she saw that her niece and a friend was also in attendance. She shared that it was a wonderful surprise.

The delicious luncheon meal was donated by Mission BBQ and was served by the Mission BBQ Staff and a few Army National Guard leaders.