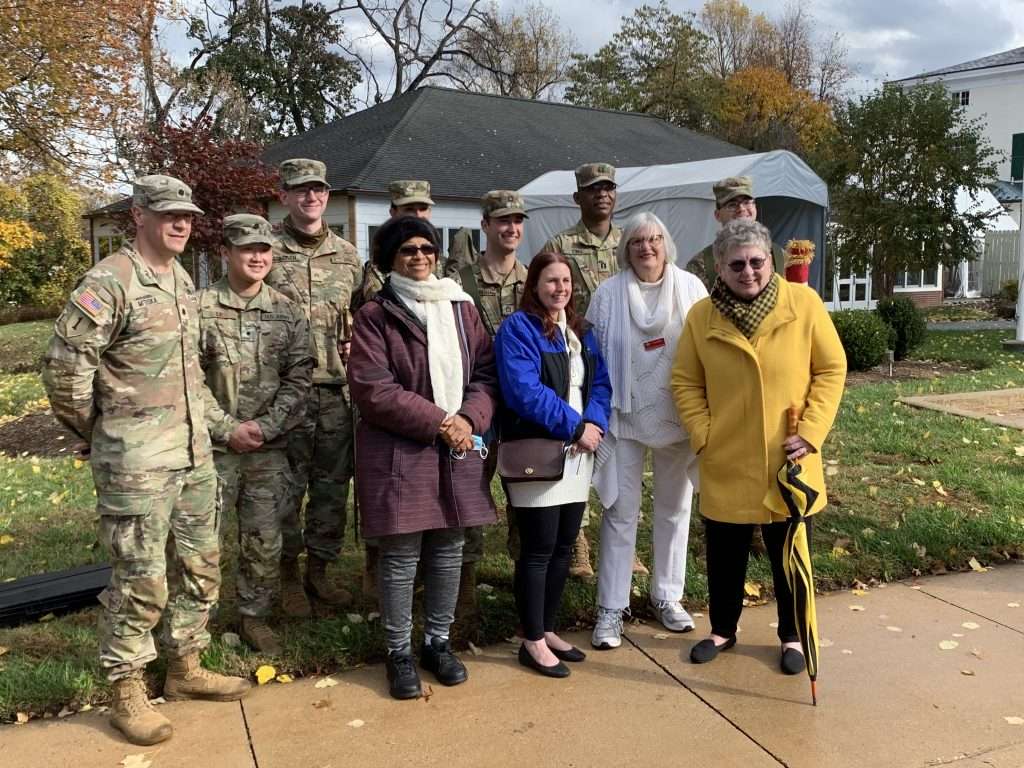 Maryland Gold Star Mothers, Stephanie White, Julie El-Tahir, and Tracy Miller were honored at the Towson University (TU) Military Appreciation football game on Saturday, November 13th. The event, which included lunch, was in honor of Sgt. Major Wardell Turner, a TU football player who joined the Army and was killed in Afghanistan. Katherine Turner, the widow of Sergeant Major Turner, tossed the coin to begin the game. President Schatzel, who is in this photo (in gold), welcomed Mrs. Turner, the mothers and other military personnel.

Even though the Towson Tigers lost against Elon 37 – 14, it was a great day for a football game and honoring our military.