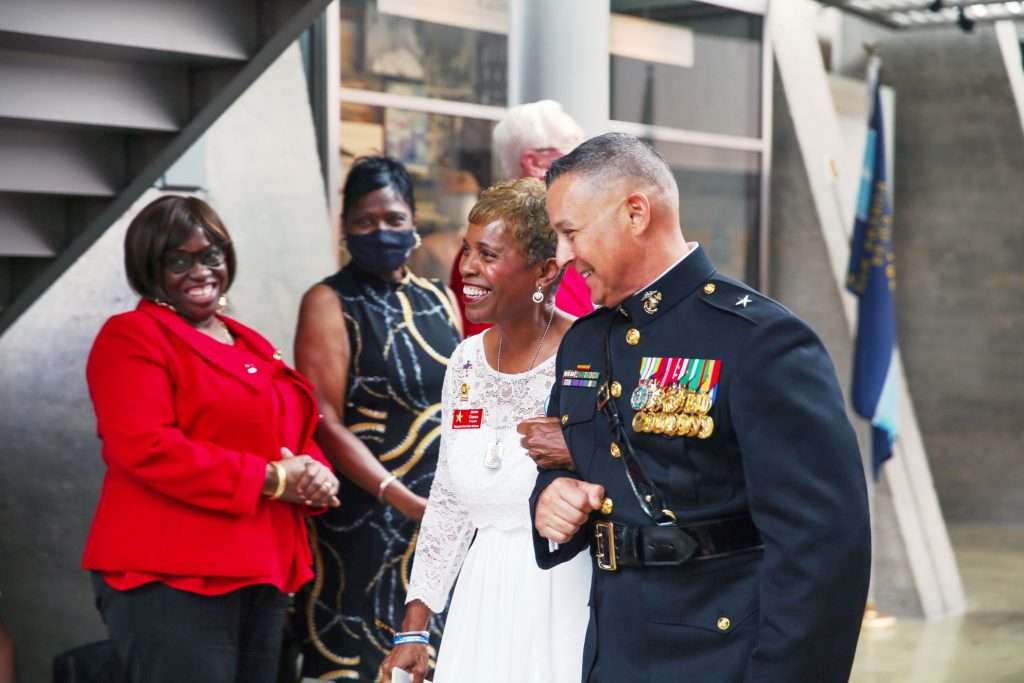 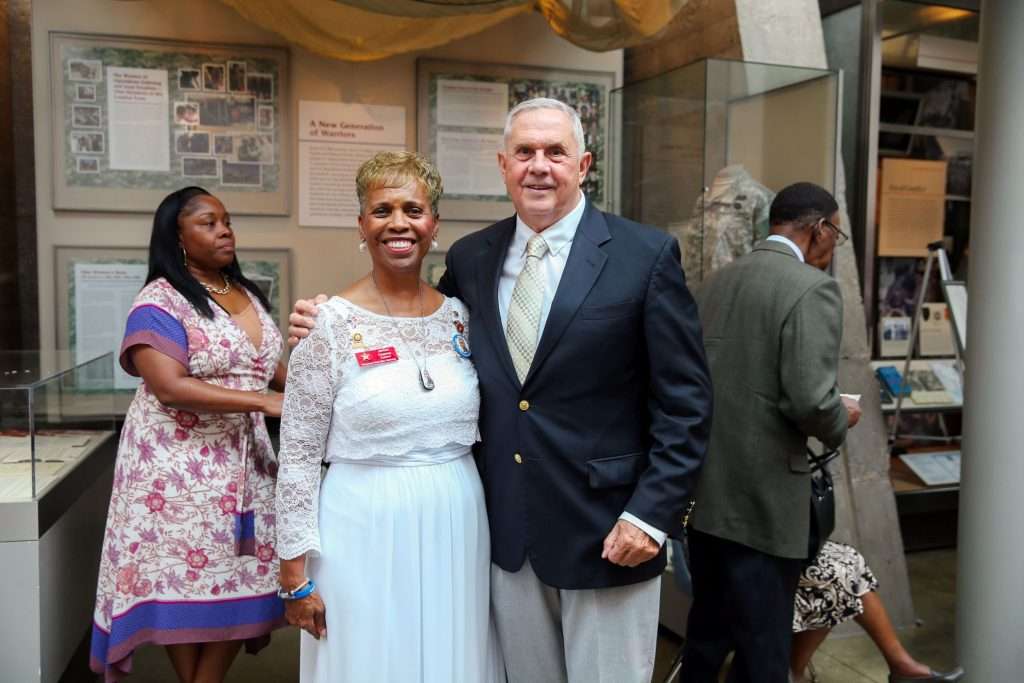 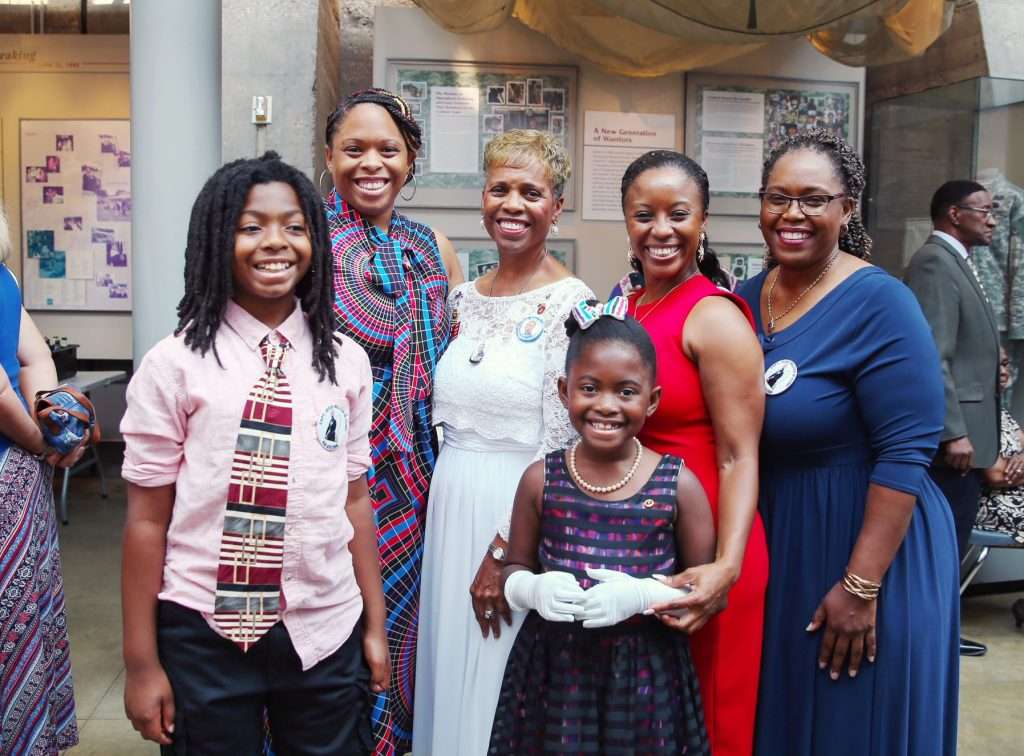 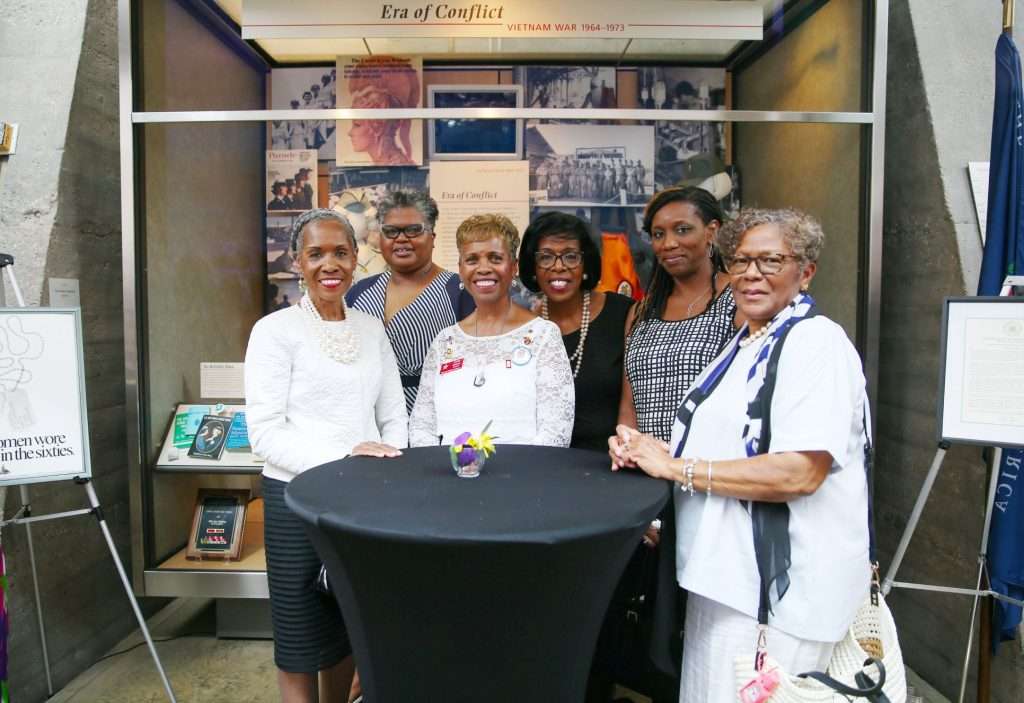 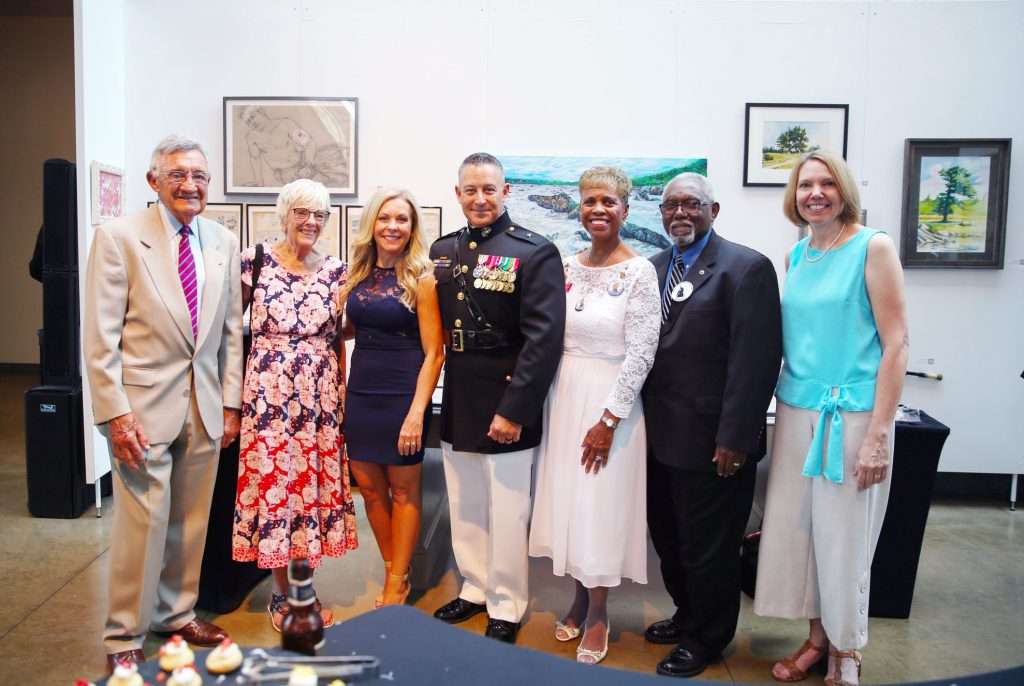 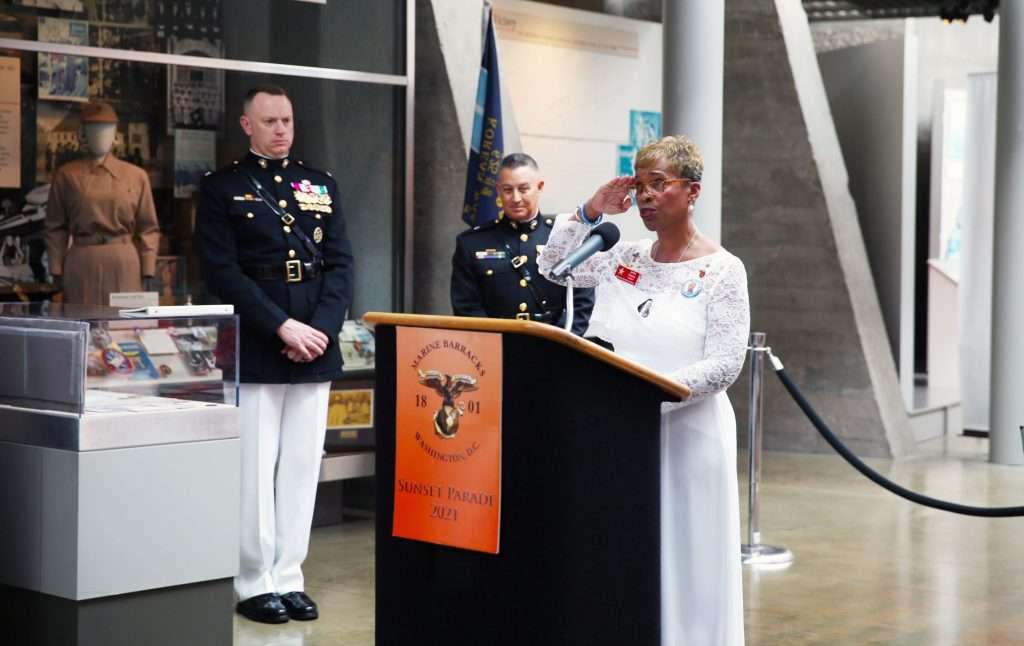 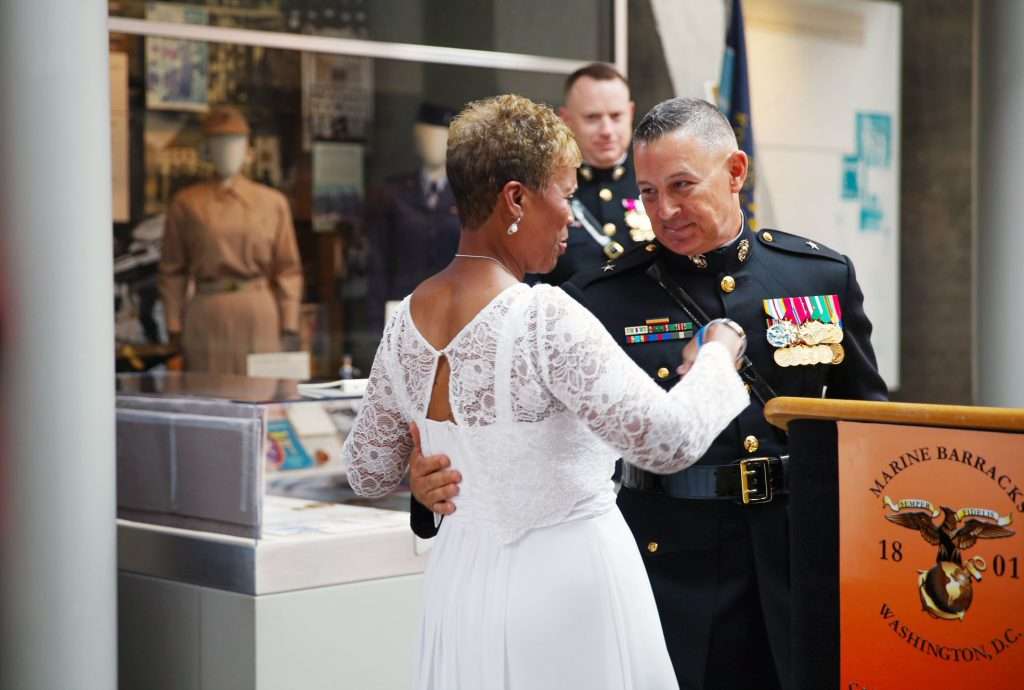 On July 6, 2021, the Assistant Deputy Commandant for Installation and Logistics, Brigadier Adam General Chalkley USMC, hosted a VIP reception and Sunset Parade in honor of Maryland Gold Star Mother/Chaplain Mrs. Janice Chance.  The reception was held prior to the parade at the Women in Military Service of America Memorial building.  Janice is the first Maryland Gold Star Mother to be the Guest of Honor at the Marine Sunset Parade.  She was supported by her immediate family, friends and Maryland Chapter Gold Star Mothers, Paula Davis, Donna Robinson, Stephanie White, and Mary O’King. Also in attendance were representatives from several Veteran Service Organizations (VSOs) – several staff of the American Red Cross Service to the Armed Forces leadership; Chairman of the Board, Warrior Events Organization Co-Founder; Chief Strategy and Operations Officer National Alliance on Mental Illness & Operation Gratitude representative; The Marine Corps League; Montford Point Marines MD Chapter; and the Maryland Patriot Guard Riders.

During BG Chalkey’s remarks, he spoke at length about Janice’s service, support and commitment to our military service members, their families and involvement in numerous VSOs. Additionally, he acknowledged the service and sacrifice of the Gold Star Mothers present. He specified that Janice was being honored for her “sacrifice, continued service to our great regime and continued service to the Marine Corps”. He also shared her son’s, Captain Jesse Melton III USMC, Bronze Star with valor citation. He read from the citation that, “Jesse’s team achieved a significant milestone that earned his team a number one rating.” BG Chalkley highlighted Jesse’s selfless service, sacrifice, and character. Jesse made the ultimate sacrifice on 9/9/2008 while serving in Afghanistan during Operation Enduring Freedom.

Since the passing of her son, Janice has served in various leadership positions within the Maryland Gold Star Mothers Chapter, 6 terms as the President & Chaplain. At the national level she has served as chaplain and was appointed in June 2021 to serve as the American Gold Star Mothers, Inc., National Veterans Affairs Voluntary Service Representative.

In her remarks Janice shared the honor with the MD Chapter Gold star mothers in attendance as well as those who were not present.  Her family, friends and guests are proud of her accomplishments and will continue to stand by her side as she carries the torch in honor of her son. The evening was filled with amazing memorable moments.

Congratulations! We are proud of you!