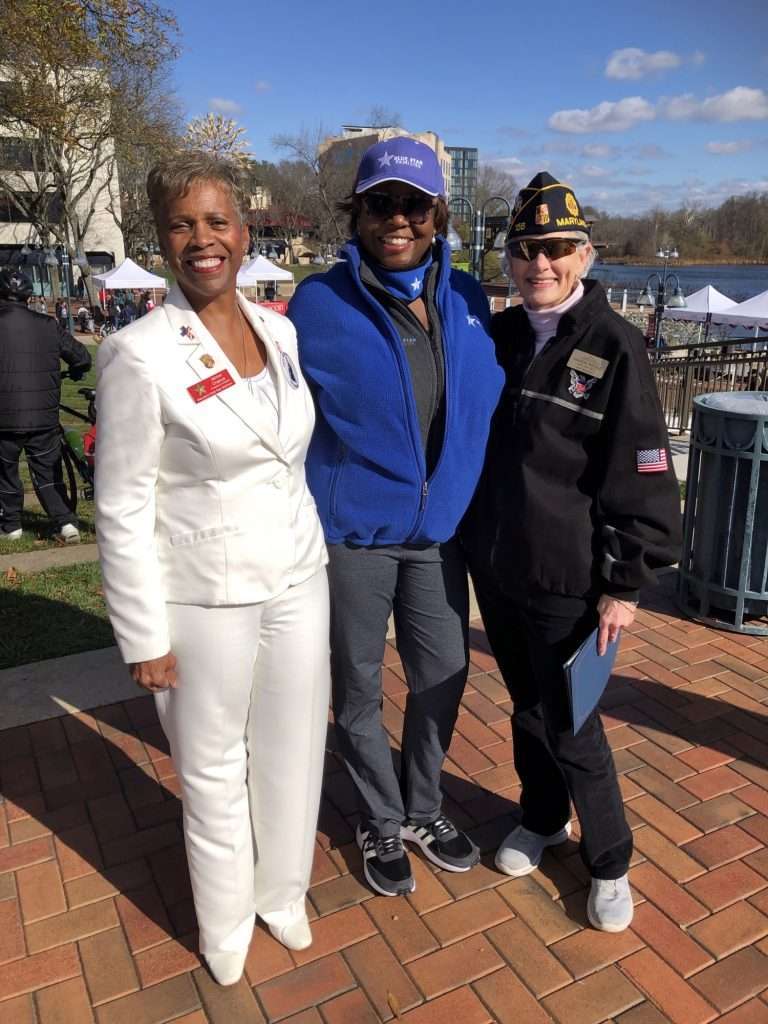 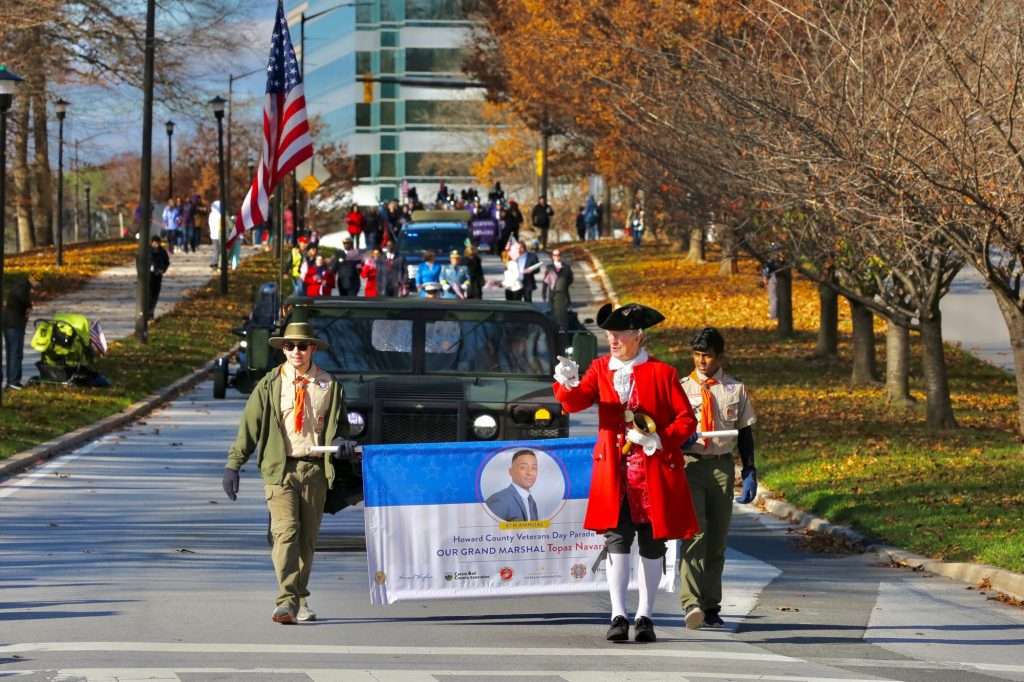 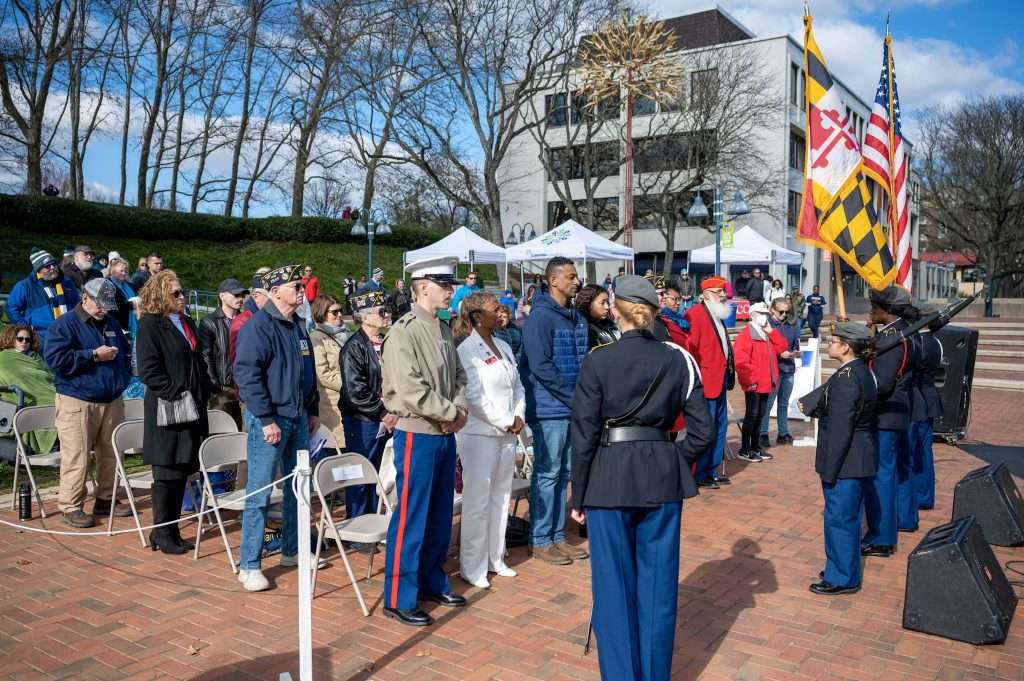 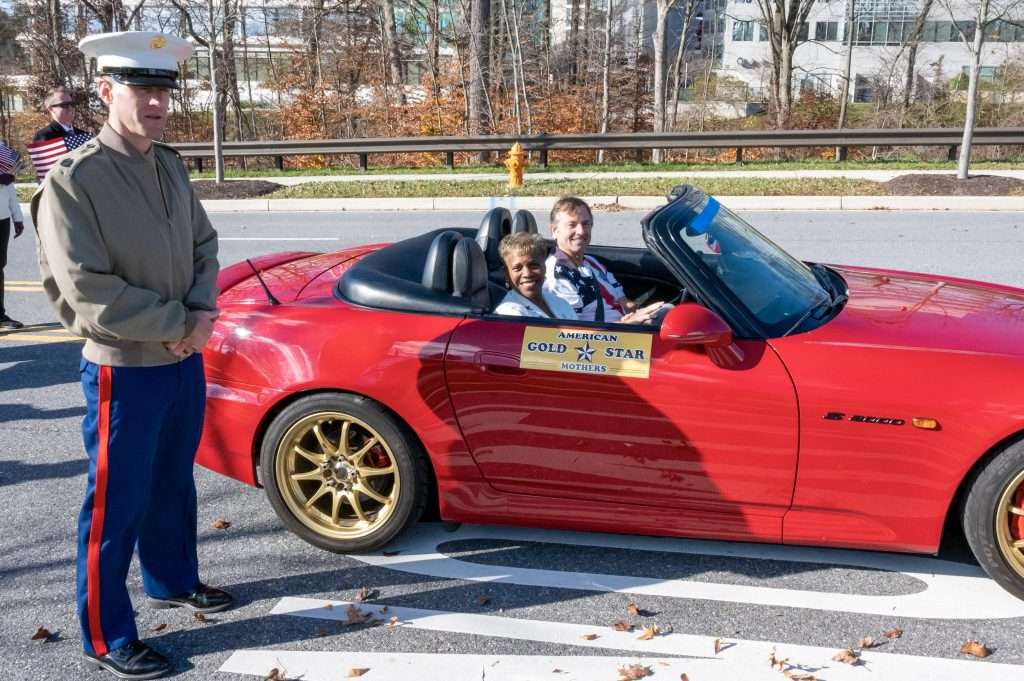 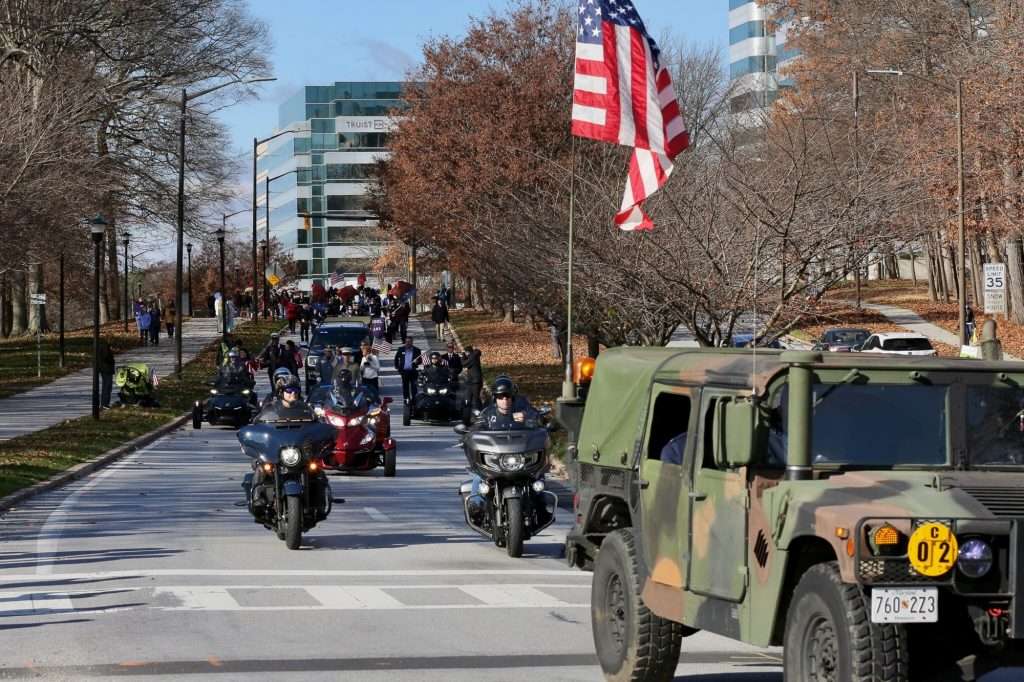 Mr. Robert Gillette, President and Ms. Wanda Riddle, VP of the Howard Country Veterans Foundation invited Gold Star Mothers MD Chapter members to participate in their annual Veterans Day parade and Ceremony. Janice Chance represented the chapter. She participated in the parade and also attended the Veterans Day ceremony. Janice had the honor of riding with a wonderful patriot Mr. Stuart Lamb in his red convertible car.  The parade route was short. It started at Merriweather drive and ended at Millie Bailey Park (Columbia Lakefront) Janice was surprised when she learned that GySgt Frank Pouliot USMC volunteered to serve as her escort for the day. The Veterans Day ceremony was held after the parade.

Mr. Jamie Gillette Vice President, Howard County Veterans Foundation was the Master of Ceremonies.   Alton High School JROTC Color Guard presented the Colors.  Throughout the program there were several students who participated.  Their contribution was a blessing.  Several elected officials were present and gave a short message of thanks to the Veterans, the attendees and event organizers.   Dr. Calvin Ball, Howard County Executive and Congressman Jon Sarbanes were two of the speakers.  Mr. Robert Gillette also spoke and honored Janice’s son Captain Jesse Melton III USMC who was killed in action while serving in Afghanistan on 9 September 2008. After reading Jesse’s Bio, Mr. Gillette shared that it was Jesse’s 44th Birthday.  Janice was also recognized and thanked for her service as a Gold Star mother.  Ms. Wanda Riddle introduced the Parade’s Grand Marshal Sergeant Major (SM) Topaz Navarro (Ret) US Army.  He is a decorated combat veteran with over 27 years of service. Although he retired from military service, SM Navarro is now serving to support his fellow veterans through several organizations. He was thanked by the Howard County Veterans Foundation leaders and elected officials.  He was also presented with certificates of appreciation. After SM Navarro’s presentations, the Young Columbians singing group performed.  Their grand finale was a medley of patriotic songs which received a hearty round of applause. After their performance closing remarks were given, but many of the attendees stayed around to fellowship.