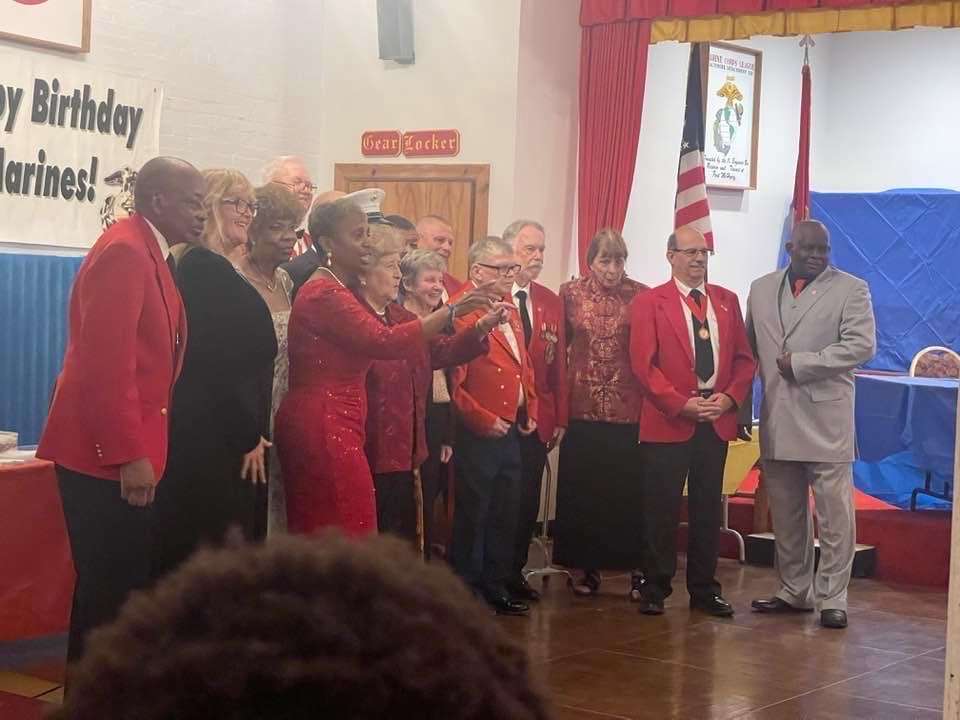 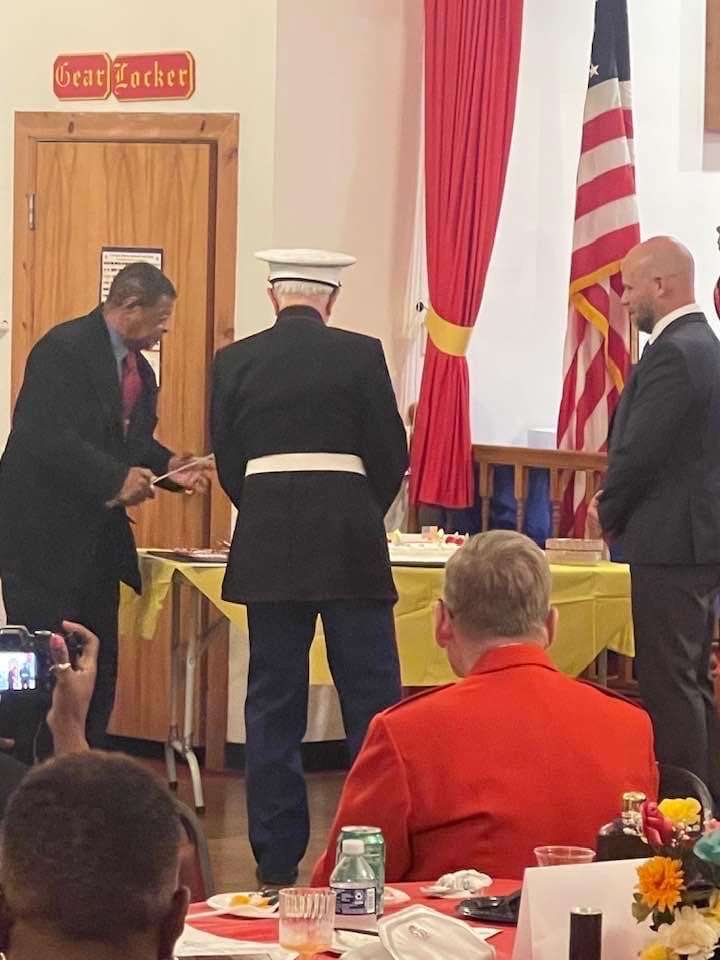 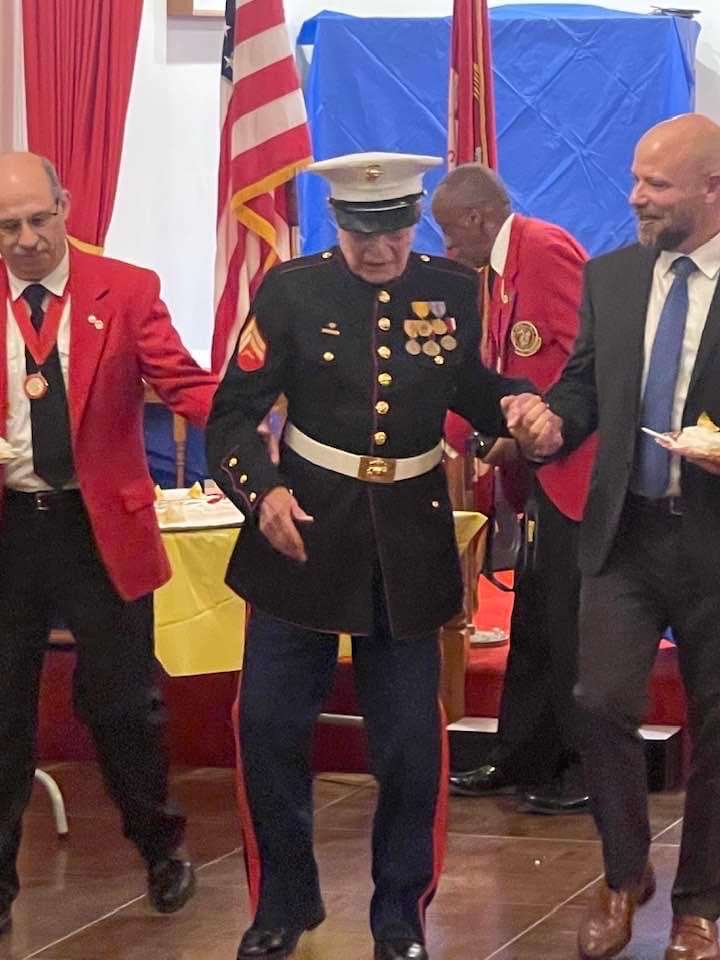 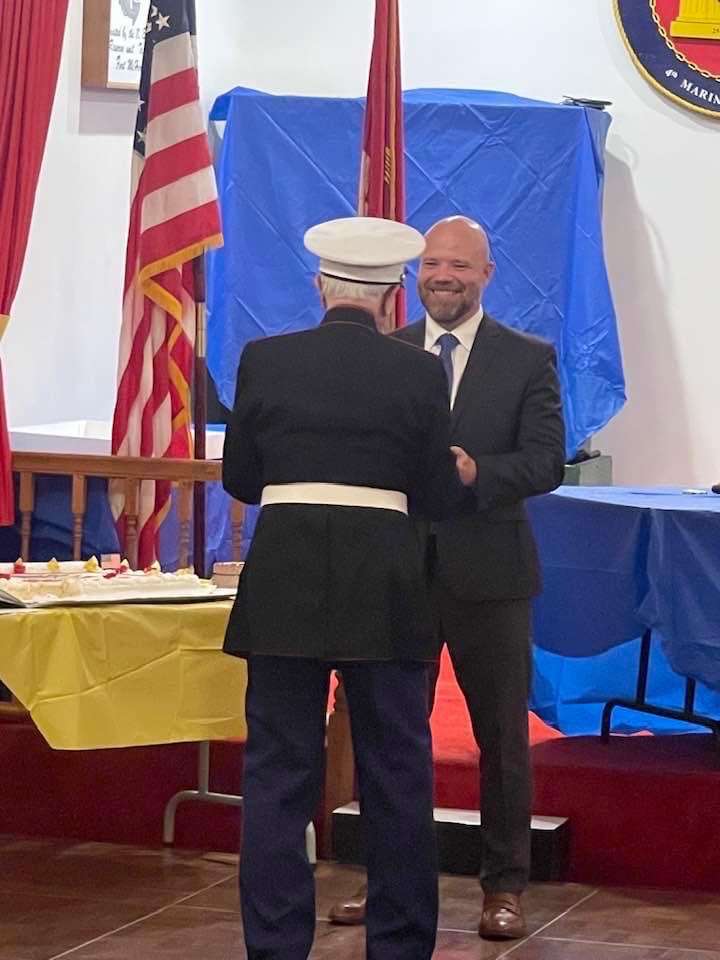 Janice Chance who is a member of the MCL Auxiliary and Donna Robinson represented the MD Chapter.   There was a social hour followed by a short program that included the tradition of reading of the late General John A. LeJeune’s message.  The current Commandant of the United States Marine Corps General David Berger’s message was also read.  The cake cutting ceremony tradition was also included in the program.  After the cake was cut, with a Marine sword, the oldest Marine Bob Kennick who is 97 years of age gave the first piece of cake to the youngest Marine John Dower. Bob still looked great in his uniform.  It was a heartwarming moment. After the program dinner was served followed by dancing and singing of the Marine Corps Hymn. The fellowship was great and the food was delicious.  The event was well attended and many of the attendees expressed that they are looking forward to next year’s event.