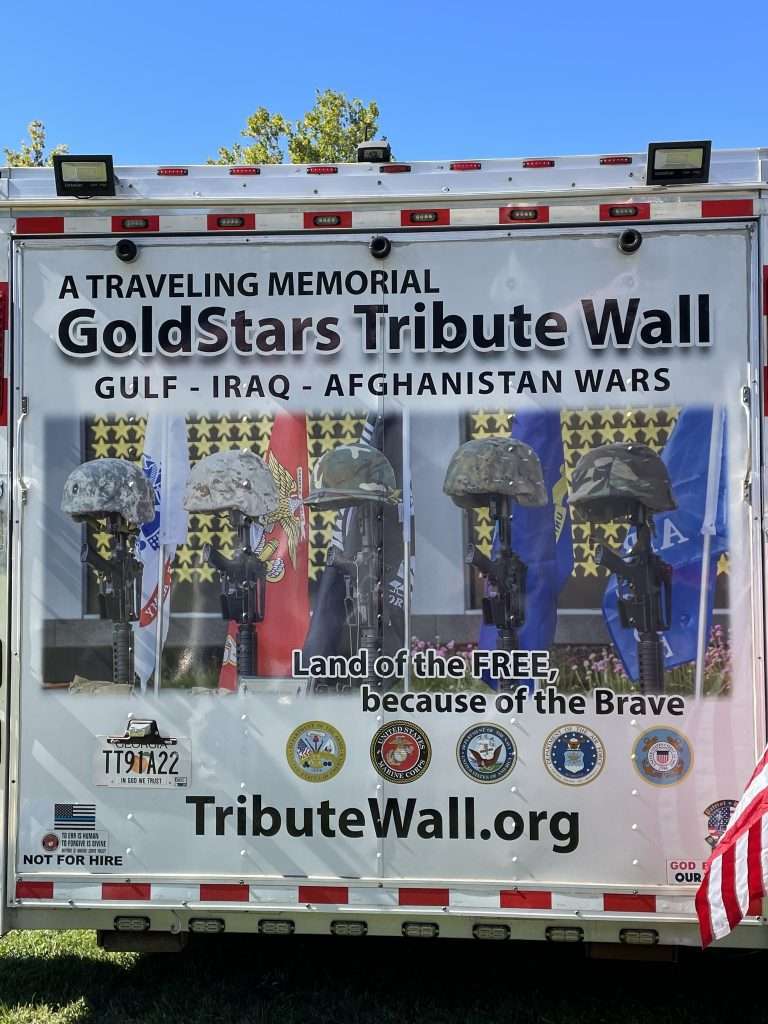 Several members of the Maryland Gold Star Mothers were fortunate and honored to visit the GoldStars Tribute Wall that was on display at the American Legion Post 60 in Laurel Maryland. The City of Laurel was the first Maryland city to host the GoldStars Tribute Wall™ since being built in 2011. The Wall, built by Samuel Nicoara, is the only traveling memorial of its kind that honors the 7,416 fallen heroes of the Gulf, Iraq and Afghanistan Wars. It serves as a reminder to never forget those who sacrificed their all for the freedom Americans celebrate in the United States.
The Wall was displayed from September 22 through September 25th; however, the GoldStars Tribute Wall ceremony was held on Friday, September 23rd. Several local and state representatives spoke and honored those fallen heroes displayed on the Wall, especially those Marylanders who made the ultimate sacrifice, including Laurel’s Hometown Hero and Theresa Karlson’s son, Marine Lance Corporal Eugene “Gino” Mills, III. Maryland Chapter members Stephanie White, Paula Davis, Donna Robinson, Janice Chance and Theresa Karlson were given the opportunity to share about their Heroes.
The Wall display was sponsored by the American Legion Post 60, Laurel, Maryland, and was supported by the joint effort of local organizations: City of Laurel, American Legion Riders, Sons of American Legion Squadron 60, American Legion Auxiliary Unit 60 and Walk For Vets.
Many thanks to Tami Zambito for coordinating this wonderful display and tribute!