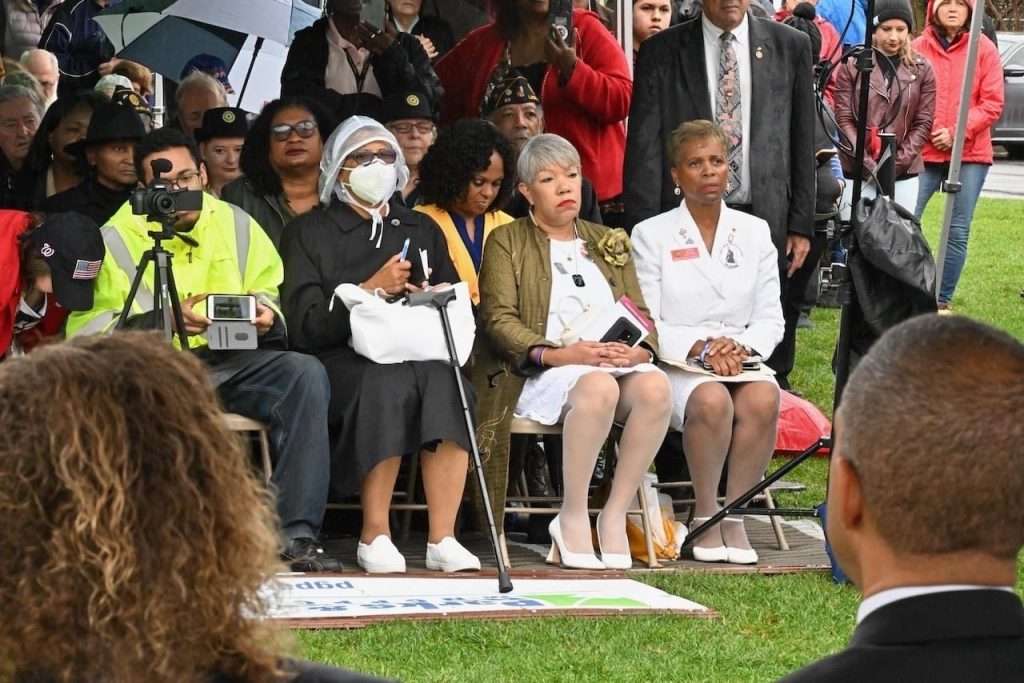 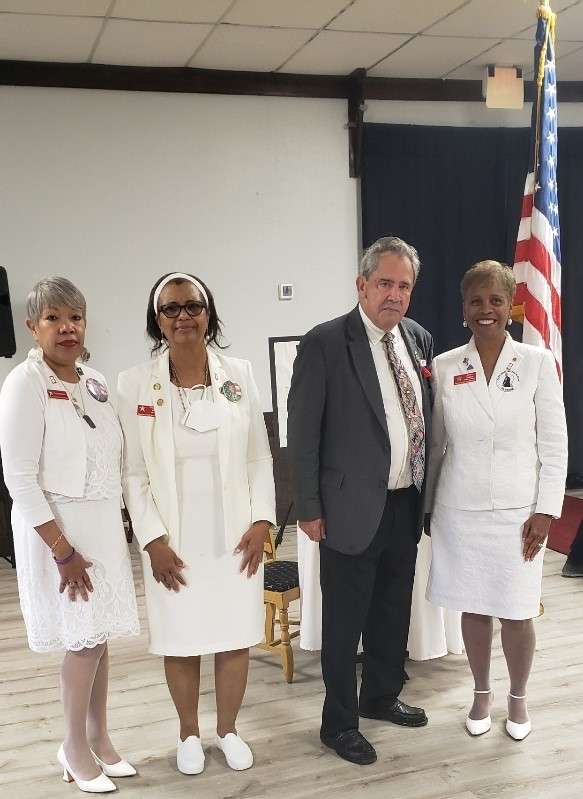 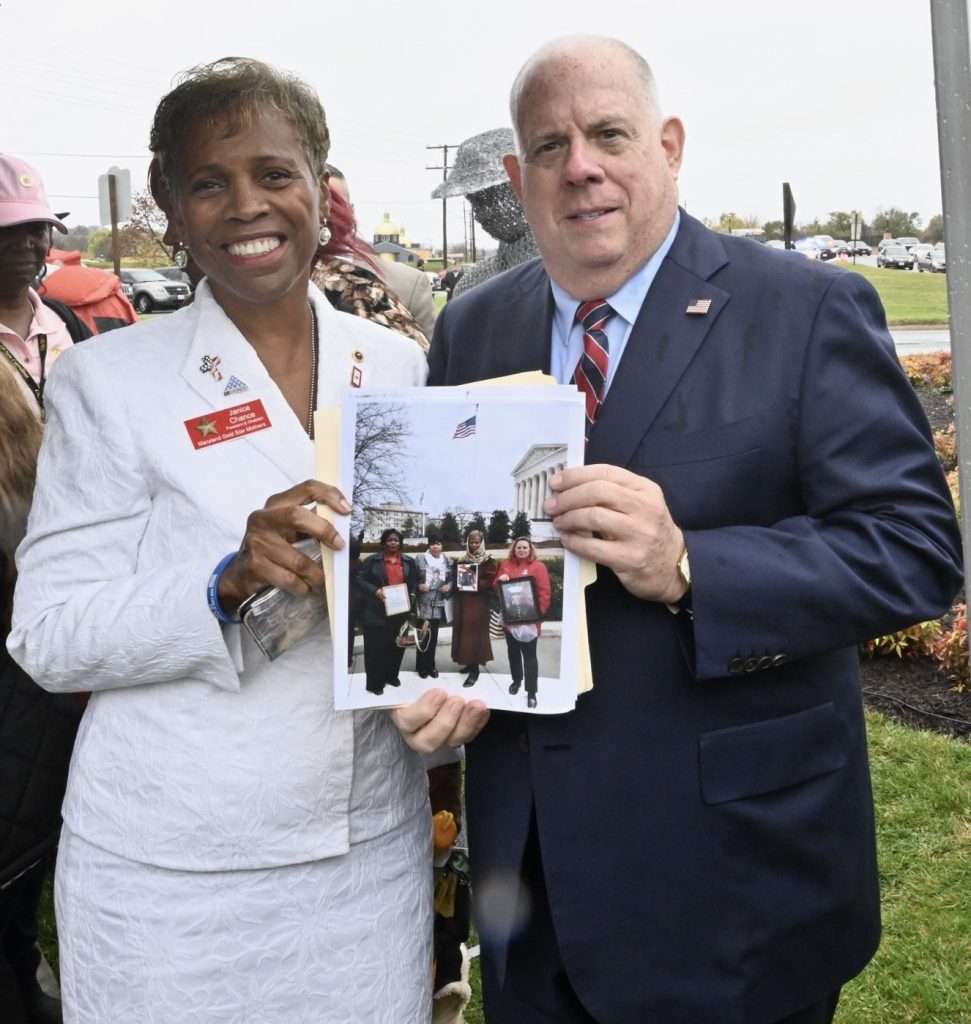 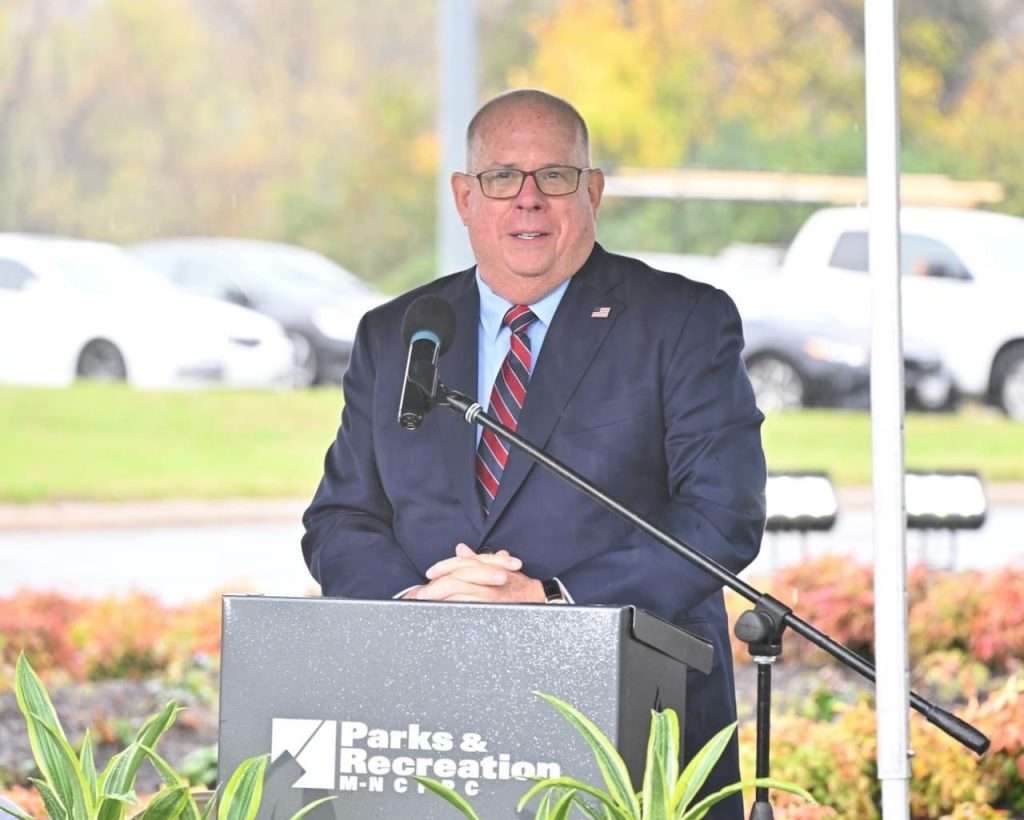 As some may know, The American Humanist Association filed a lawsuit alleging the state’s maintenance of the cross with public funds violated the establishment clause of the First Amendment. The 4th U.S. Circuit Court agreed, finding that the cross had a primary effect of advancing Christianity.  The U.S. Supreme Court overruled in 2019, concluding the cross did not violate the First Amendment’s establishment clause and had acquired many other meanings other than Christianity through the years. “The cross is undoubtedly a Christian symbol, but that fact should not blind us to everything else that the Bladensburg Cross has come to represent,” Justice Samuel A. Alito Jr. wrote in the main opinion. “For some, that monument is a symbolic resting place for ancestors who never returned home. For others, it is a place for the community to gather and honor all veterans and their sacrifices for our Nation. For others still, it is a historical landmark.”

Maryland Governor Larry Hogan and Peter Shapiro, Chair of The Maryland National Park and Planning Commission were among the speakers at the event.  The names of 49 fallen soldiers from Prince George’s County were read, which included eight African American soldiers. This memorial is dedicated to those WWI fallen heroes.  Afterwards, the Gold Star Mothers attended a Rededication Celebration reception that was held at Cheverly American Legion Post 108.  Maryland Gold Star Mother President and Chaplain, Janice Chance did the invocation. It was so appropriate that this ceremony be held on Veterans Day to honor all who served and fought for our Country.