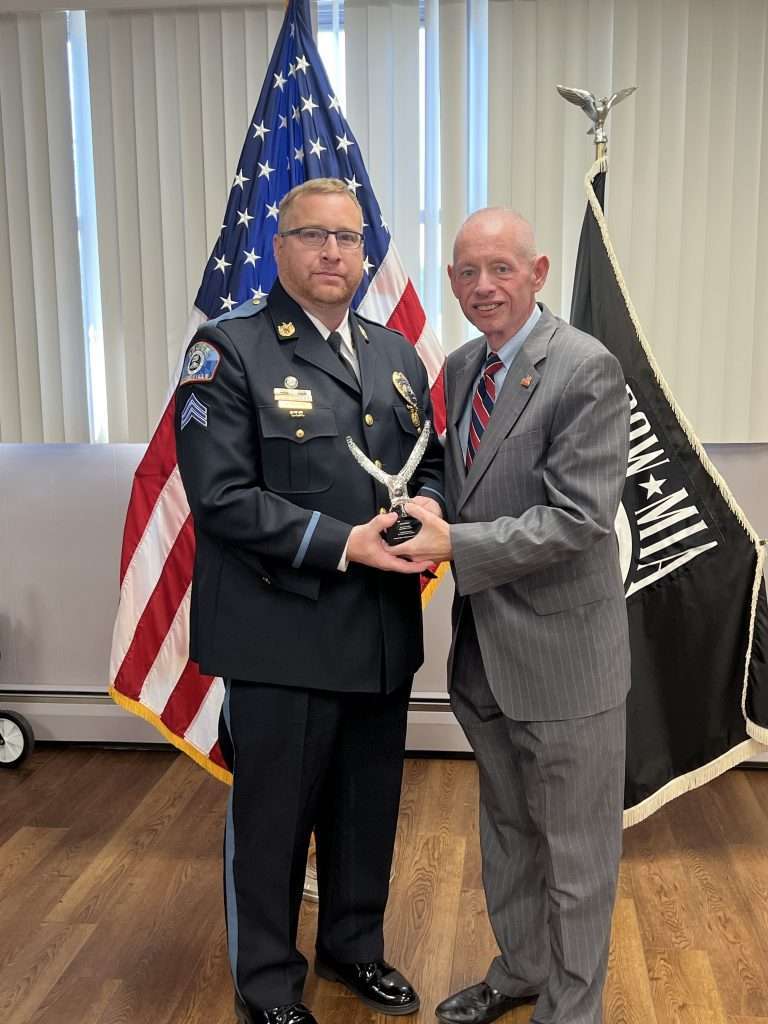 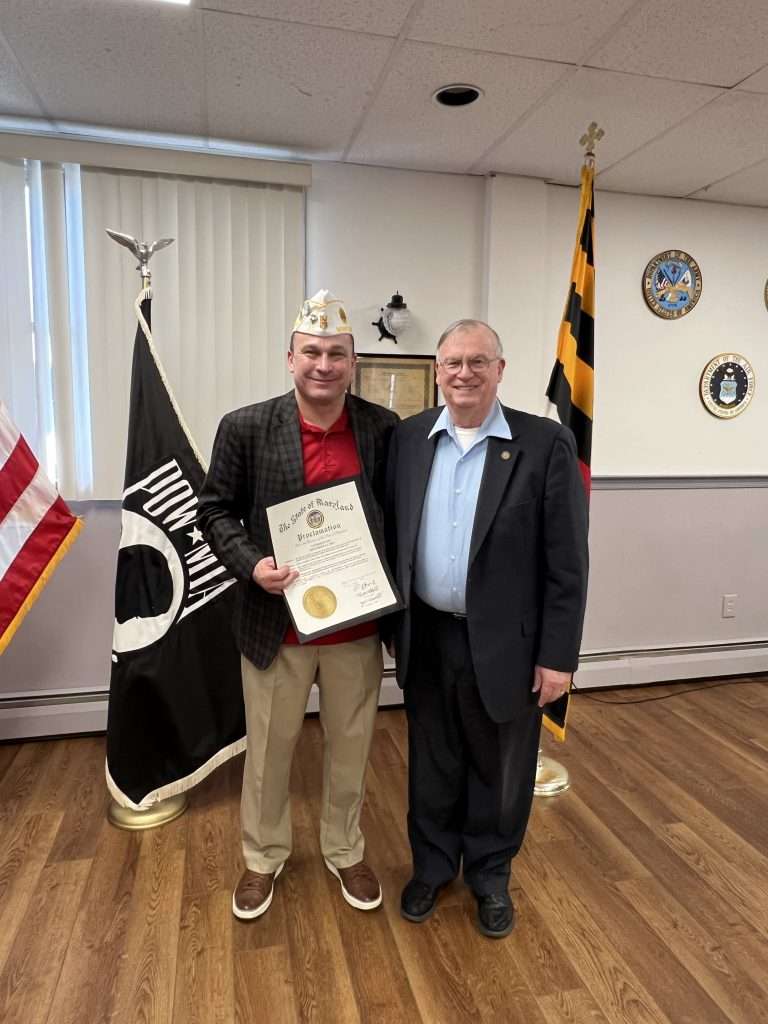 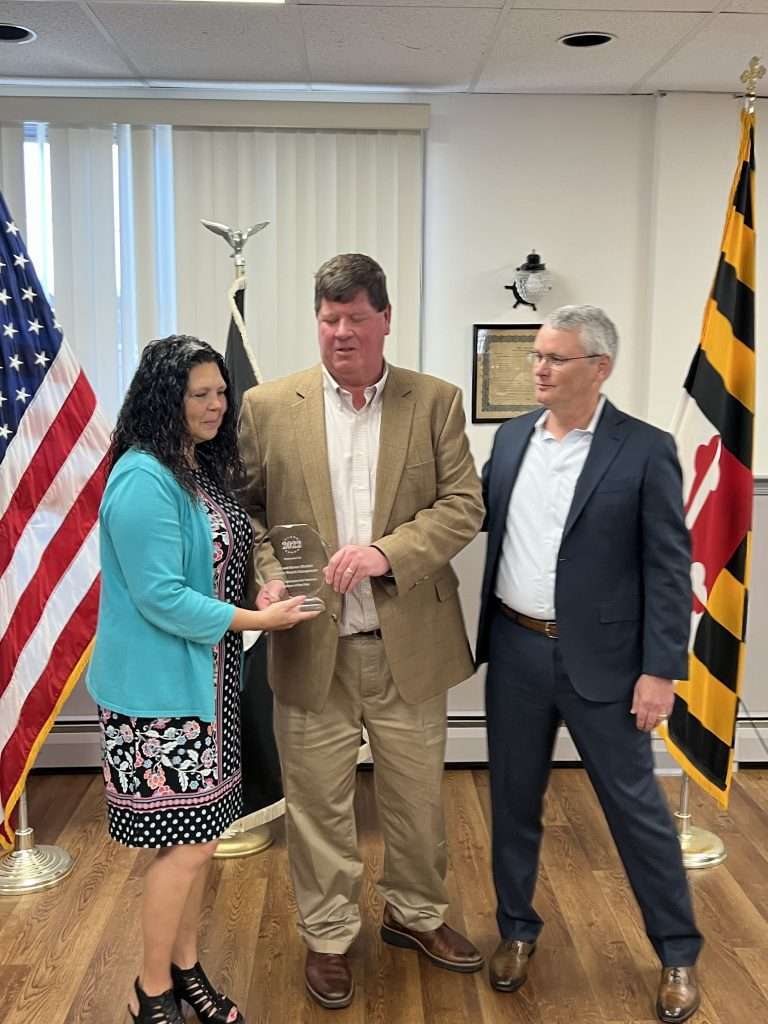 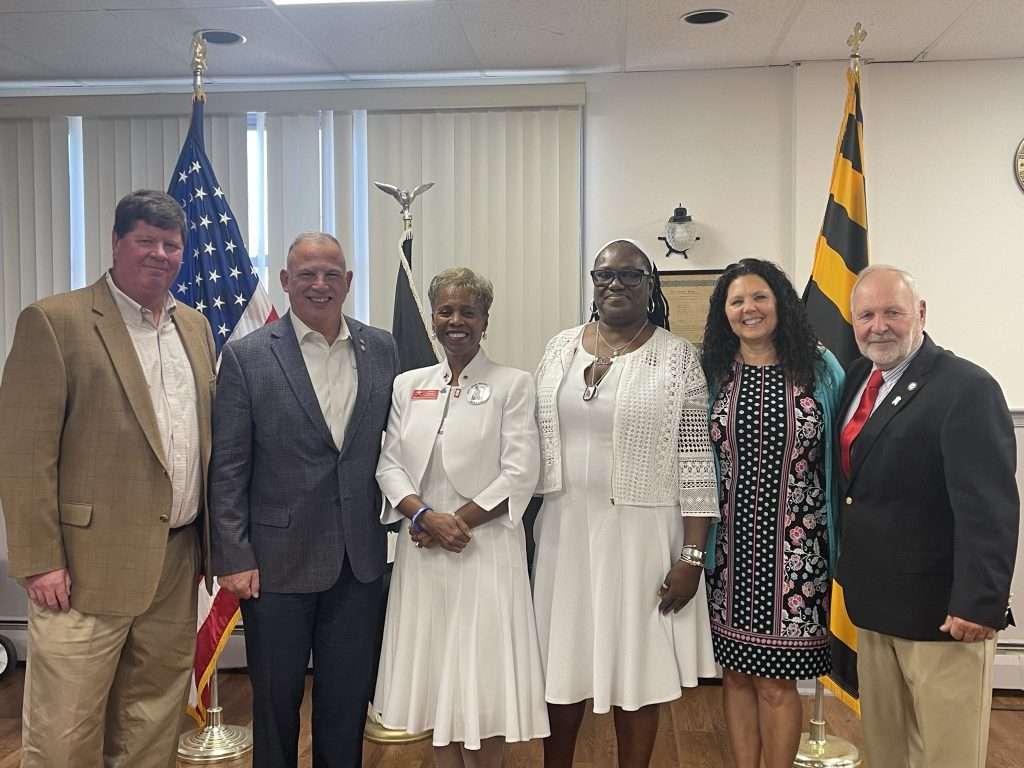 A Salute to Service Luncheon for Veterans and Police Officers was organized and hosted by the Business Advocates for Veterans (BAFV); a non-profit corporation. It is a network of businesses assembled for the purpose of assisting veterans to find employment and promoting the hiring of veterans. Gold Star Mothers MD Chapter members were once again invited to attend. Donna Robinson and Janice Chance represented the Chapter. Mr. Todd Mitchell, Chairman of the Business Advocates and member of the American Legion Post 31 served as the MC. All of the Veterans and their families were recognized. Every veteran stood and gave their name, branch of service and where they served. The police officers also stood and shared where they are currently serving. Many of the police officers served in the military prior to joining the police force. Donna and Janice were also given the opportunity to introduce themselves and to share about their fallen Hero. Janice who is also a member of the American Legion Auxiliary Post 31, briefly shared information about the Gold Star Mothers organization. She thanked the veterans and police officers on behalf of the MD Chapter.
Mr. John Bolte USMC Vietnam Veteran, 1967-1968, 3rd Battalion 9th Marine was the Guest speaker. Following Mr. Bolte’s message several members of the BAFV presented their 2022 awards: Police officer of the year- SGT Jason Kirkner; Veteran Friendly Employer of the Year-The Kahlert Foundation and the Carroll County Veteran of the Year CSM Adrian Gamboa USMC (Ret). Mr. Robert Finn, Deputy of the MD Department of Veterans Affairs gave remarks on behalf of Governor Hogan and presented the Veterans Day Proclamation. A special surprise award of appreciation was presented to Mr. Todd & Mrs. Karen Mitchell by the BAFV. After the close of the program the guests mingled and enjoyed desserts. The luncheon was well attended.