Gold Star Mothers Maryland Chapter members and families were invited by Mr. John Polek, Chairman of the Wounded Warriors on The Bay Day to attend and participate in their 9th Annual Wounded Warriors Day on The Bay event (WWDOTB). The purpose of the event is to provide a Stress-free Day on the Bay for Wounded Warriors (WW) and their Families. https://www.wwdayonthebay.org/

Donna Robinson, Janice Chance, Maria Chambers, Khadidja Keita and her daughter Sarah represented the Maryland Chapter. They joined volunteers from a variety of veteran service organizations and community supporters to serve our heroes and their families. There were 58 wounded warriors, eight Vietnam veterans and many family members.  A special recognition and appreciation ceremony was held for the WW.

The Vietnam Veteran’s of America Baltimore Chapter 451 opened the ceremony with the presentation of Colors.  Tim Pratzer, Past Commodore of Eastern Yacht Club., sang the National Anthem, John Boesche, manager of WHFS Radio Baltimore served as the MC; and Brigadier General Ed Jones, US Army National Guard was the guest speaker. The WW’s received a special “Thank you for Your Service” plaque, a challenge coin, an insulated cooler thermal bag, a $250.00 gift card and several other gifts. The Gold Star moms also received recognition during the ceremony, an appreciation plague, a challenge coin, and an insulated bag. The children received school backpacks filled with supplies and other gifts and they were also treated to a variety of activities.

Immediately after the ceremony, the WW and their families were introduced to their assigned yacht Captain owner that would be taking them out on the Bay after lunch that was provided by Mission BBQ. There were a total of 51 yacht owners who are members of several local yacht clubs. They volunteered their resources, time, and vessels. After lunch the WW and their families were taken out for a cruise on the Bay. The moms were given the honor to join a WW family on their yacht cruise on the bay.  Once the heroes returned from their cruise, they were treated to a feast that included steamed crabs, a variety of foods, beverages, and desserts.    The fellowship was wonderful, the food was delicious, and the weather was delightful. It was a GREAT DAY ON THE BAY! 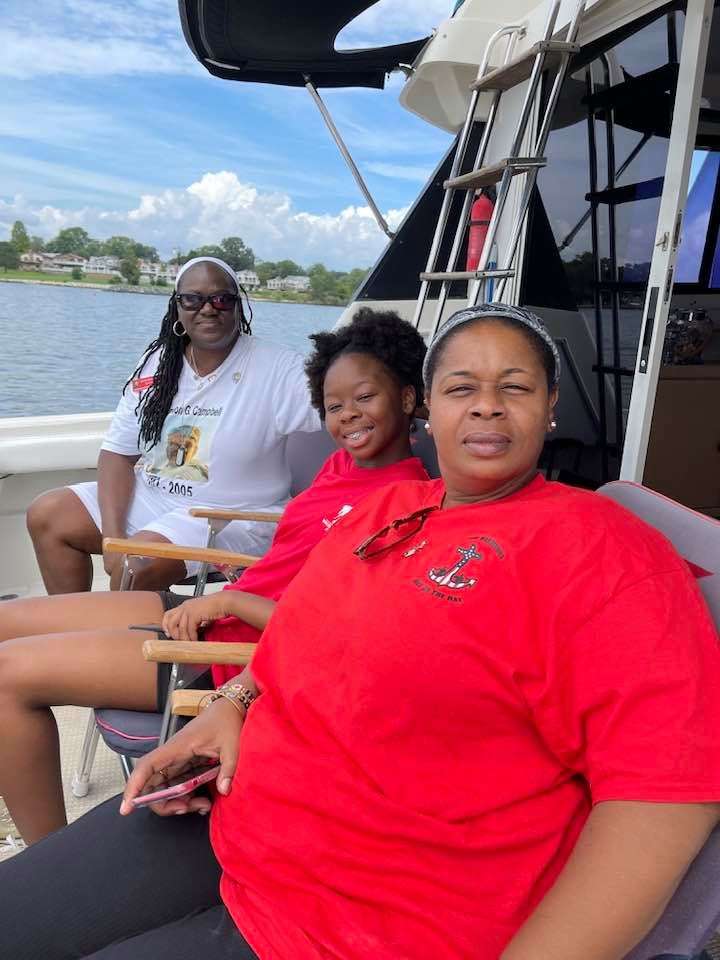 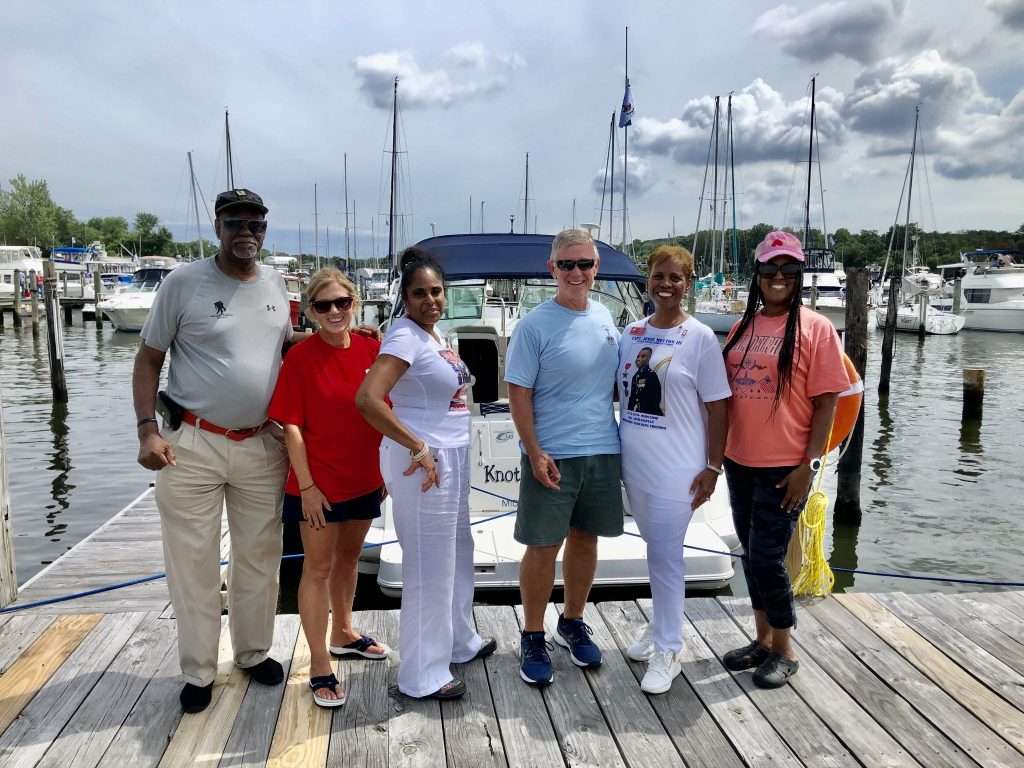 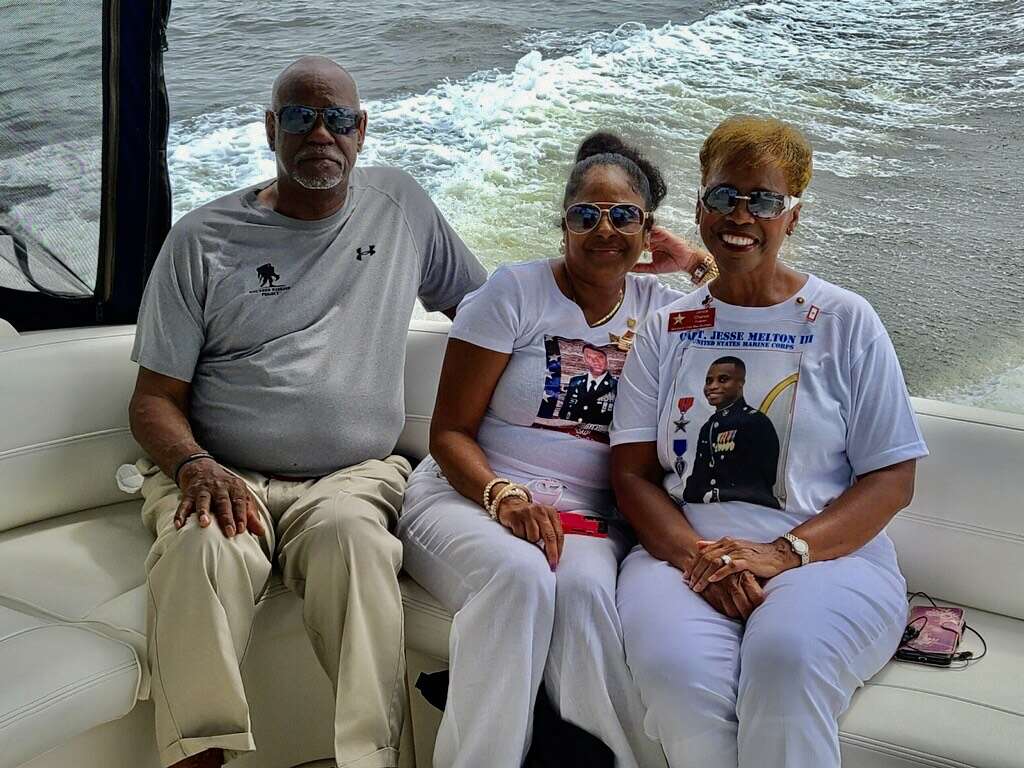 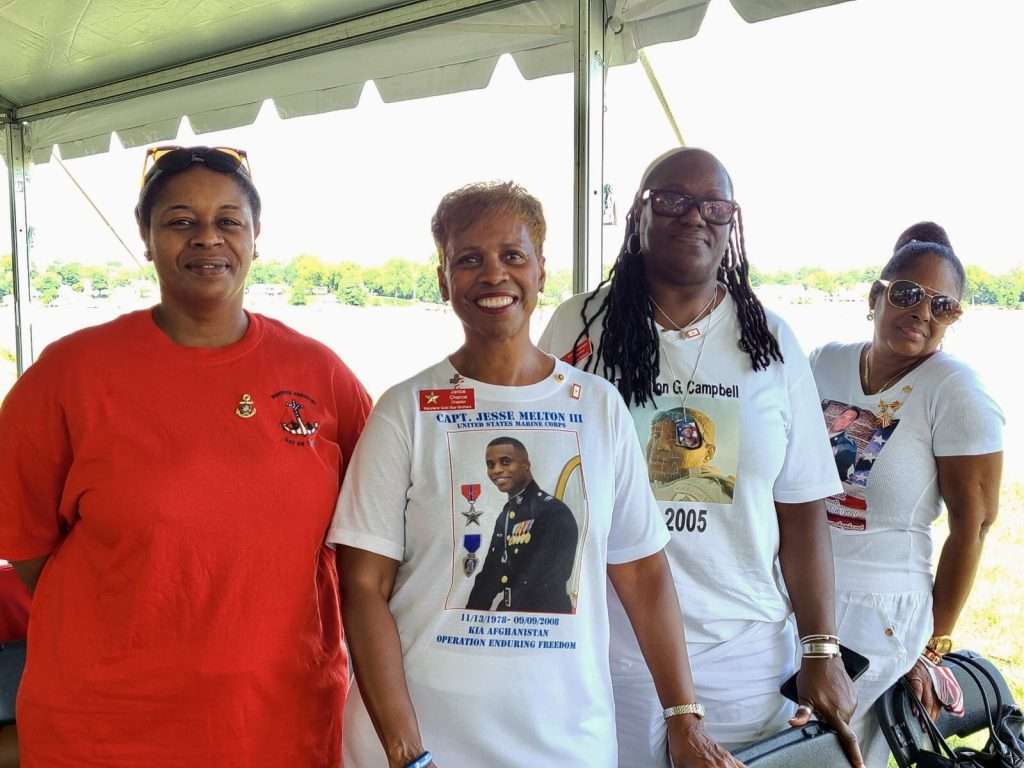 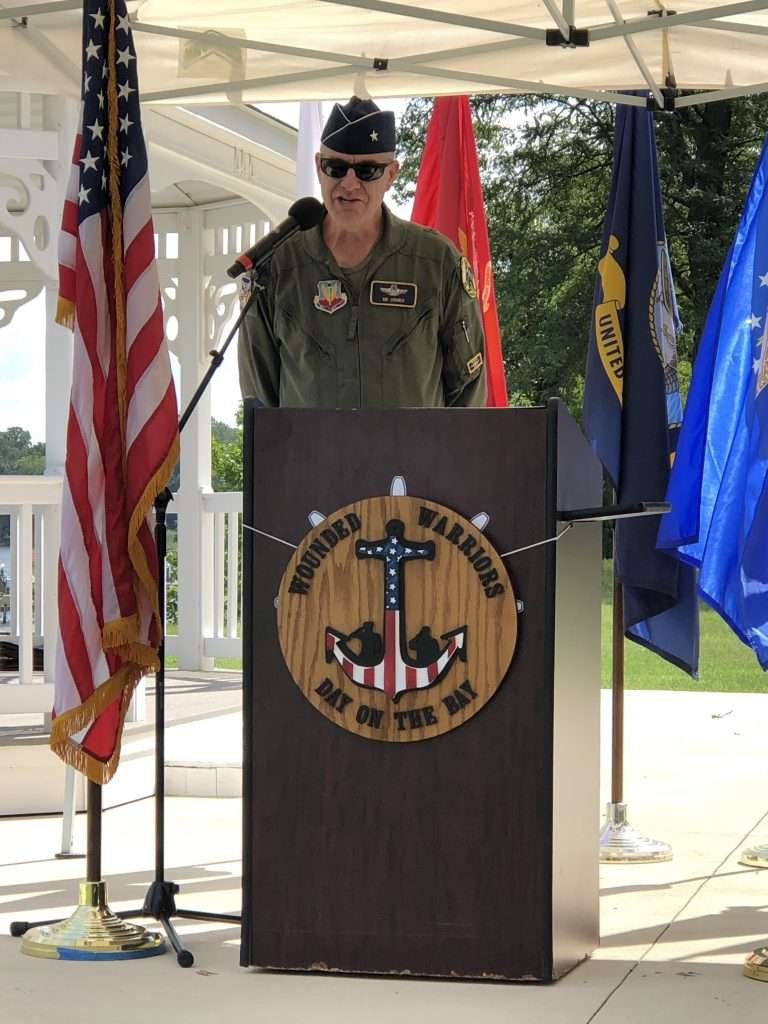 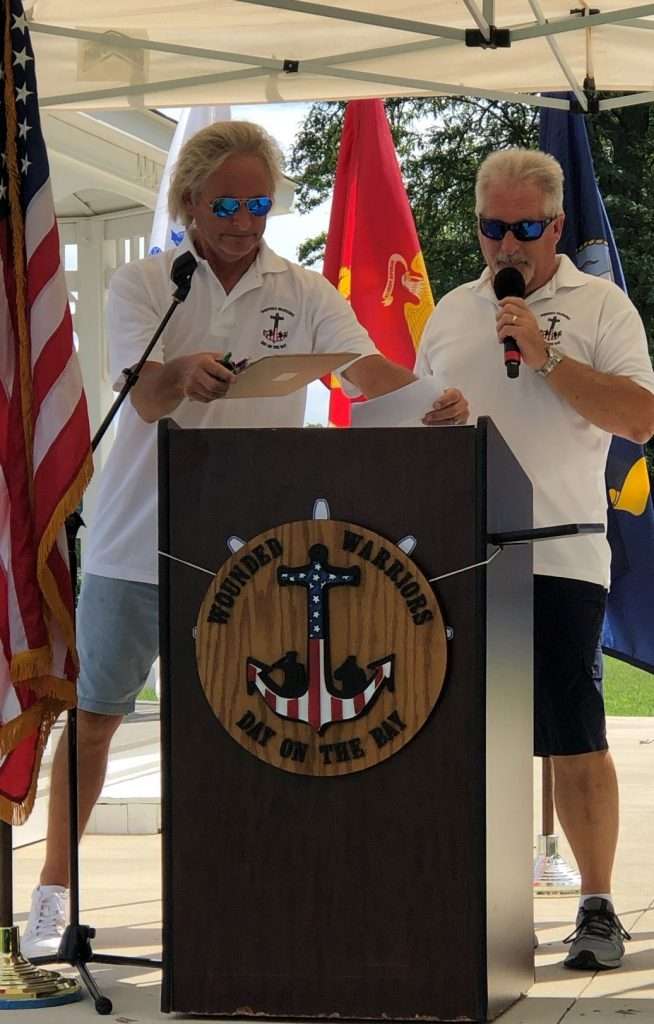 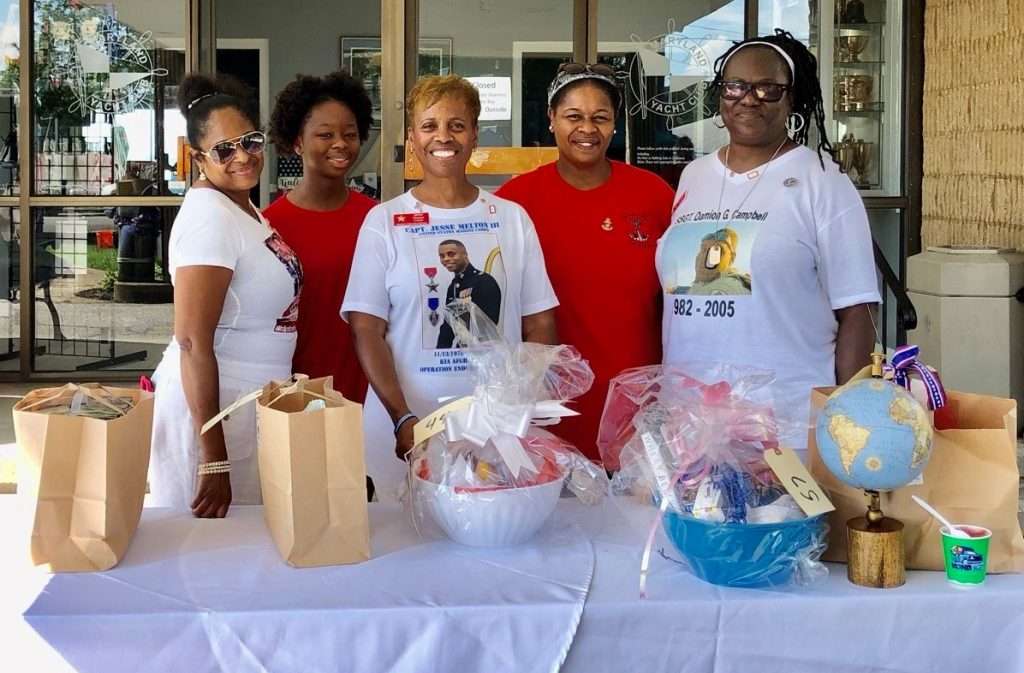 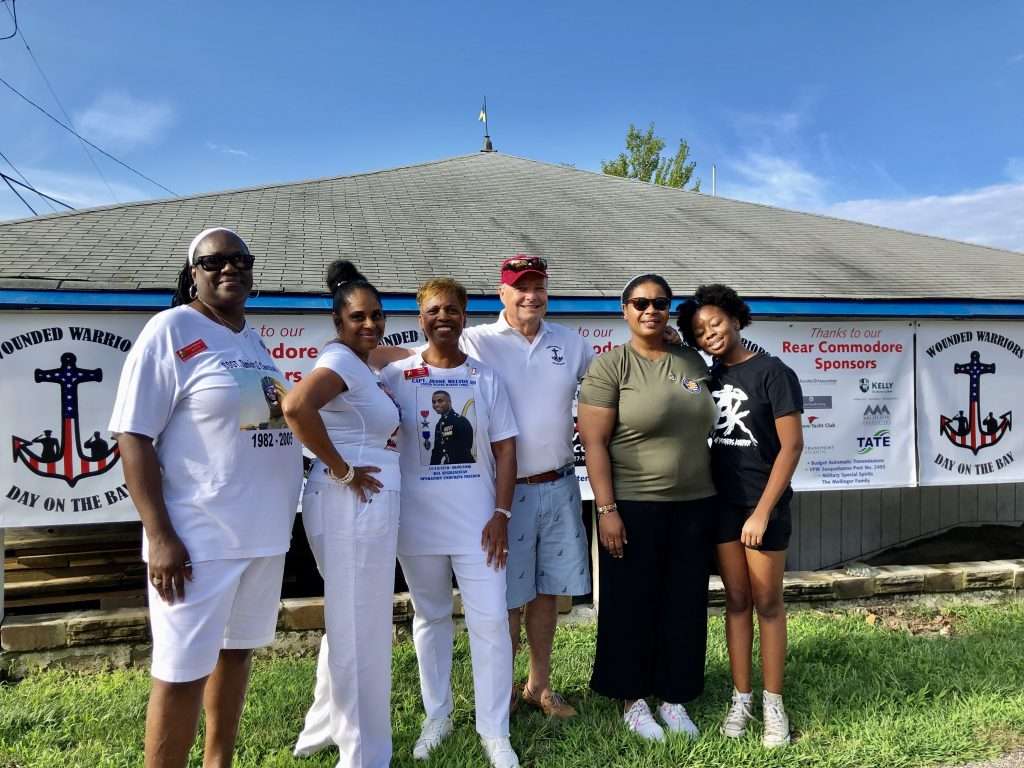