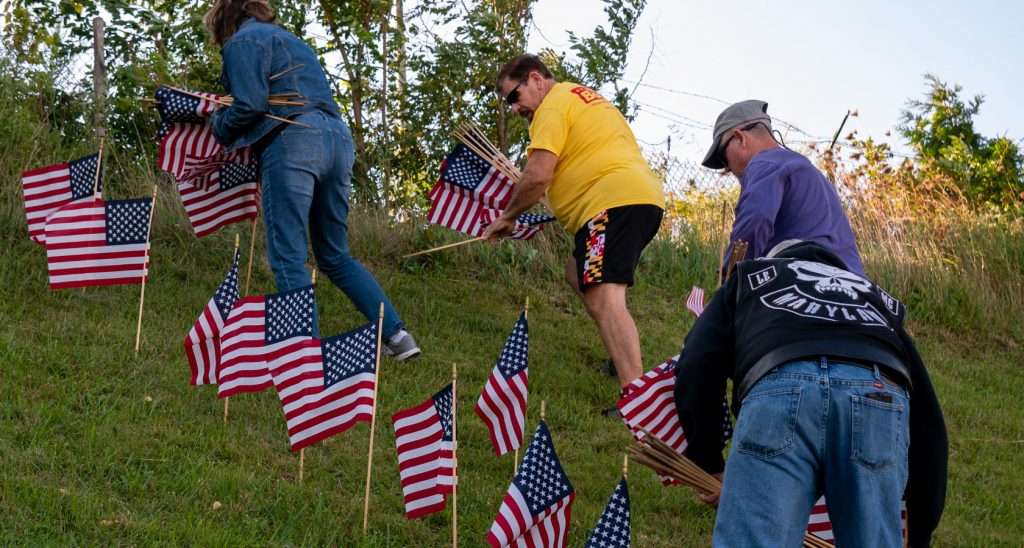 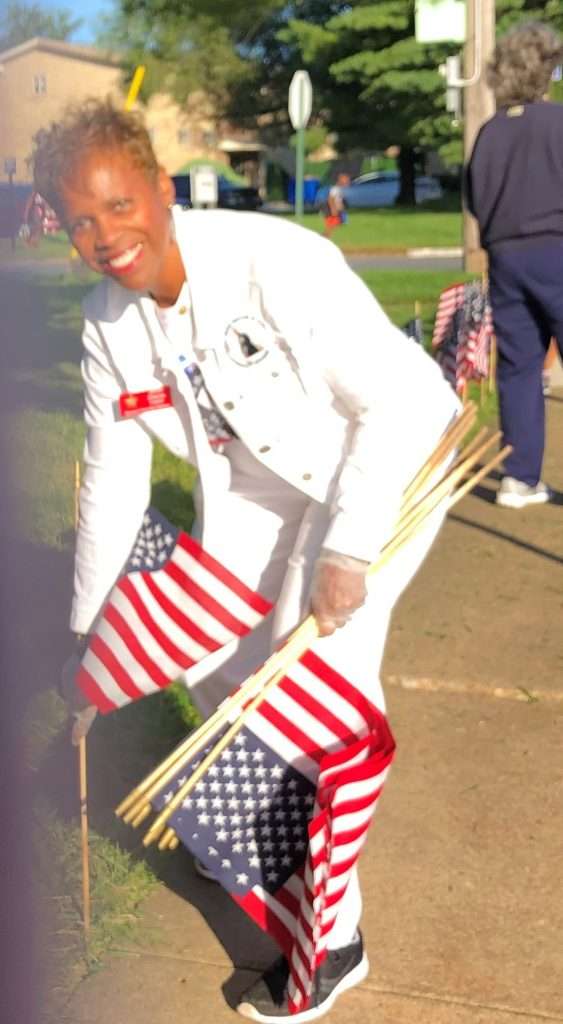 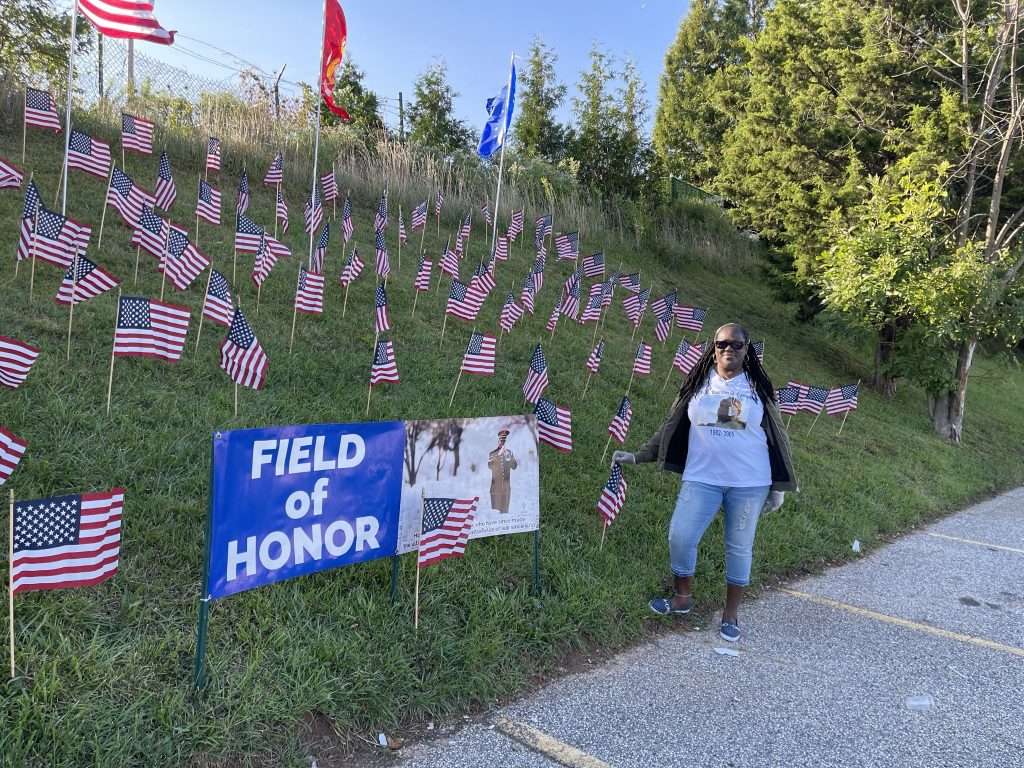 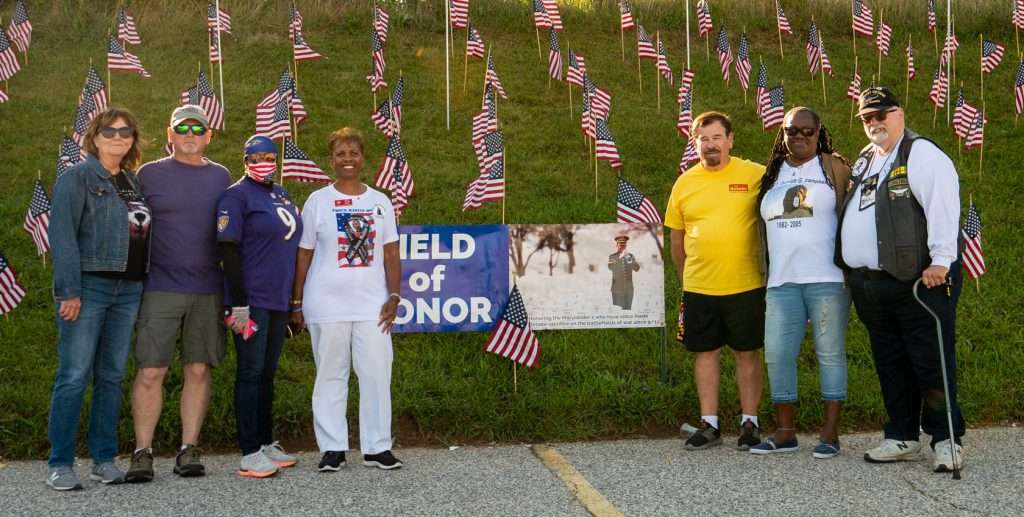 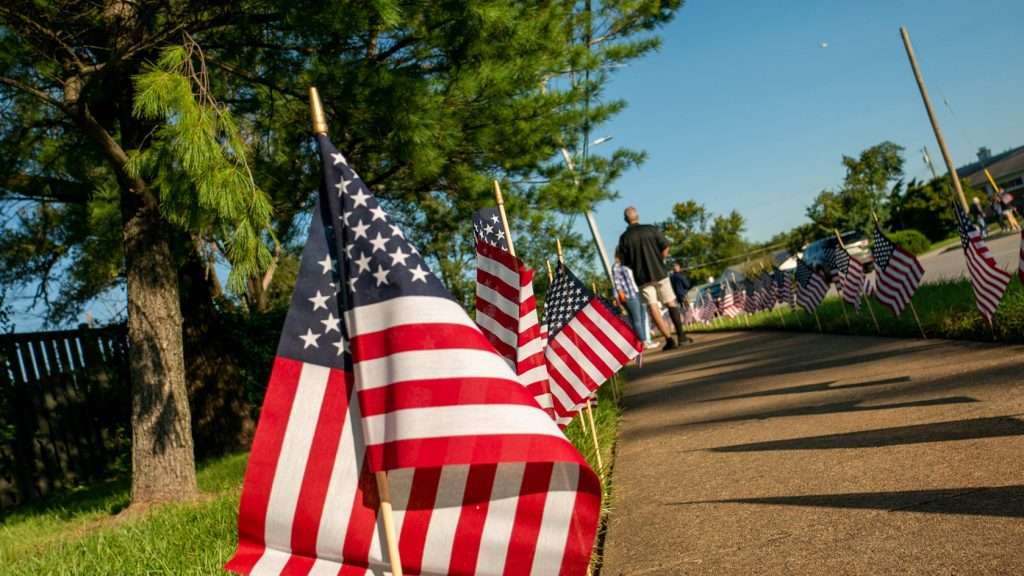 Gold Star families were invited by Chuck Ritz, Founder of the Hope and Peace Foundation to participate in his foundation’s 10th Annual 9/11 Path and Field of Honor event.  This year will be the 20th anniversary of 9/11 where 2,977 citizens were killed or died while attempting to rescue people that were trapped in the twin towers in New York, the Pentagon and Shanksville, PA. After the attacks, the United States declared war on terror which sadly has resulted in many of our brave men and women making the ultimate sacrifice. The Annual Path and Field of Honor event was held in Northeast Baltimore County along Putty Hill Road. The following moms represented the MD Chapter – Donna Robinson, Janice Chance, Maria Chambers, and Michelle Murphy. Gold Star Mothers Robyn Anderson, Geraldine Pepper and Gold Star Dad Norm Anderson also participated. The moms and dad joined Chuck and approximately 63 other Patriots which included 20 fire fighters from the Parkville Fire Station and Delegate Joseph Boteler III.  2,977 Flags were placed along Putty Hill Road to represent our fellow Americans that were killed during the 9/11 attacks. Flags were also placed on a hill located in the Putty Hill shopping center named “The Hill of Honor” in honor of the 162 Maryland military service members (HEROES) who made the ultimate sacrifice since the start of the “War on Terror”. The moms and other participants considered it an Honor to participate in this special event of remembrance.  The moms are Grateful to Chuck and many other patriots for their efforts and commitment to do all that they are able to remind U.S citizens to NEVER FORGET.  TO HONOR & REMEMBER our Fallen Heroes and their families.  FREEDOM IS NOT FREE! The saying is true WE LIVE IN THE LAND OF THE FREE BECAUSE OF THE BRAVE!