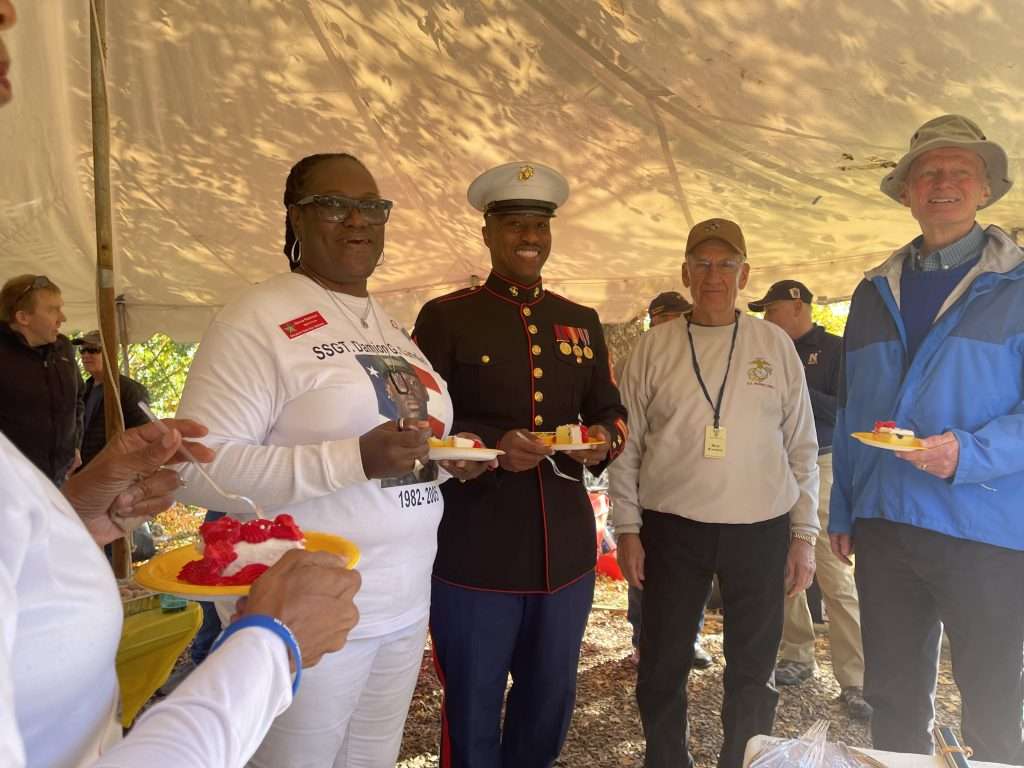 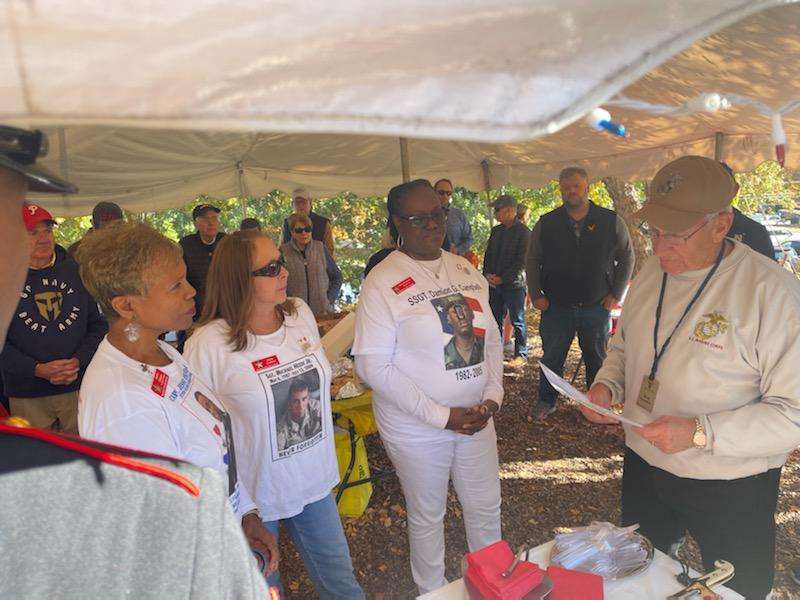 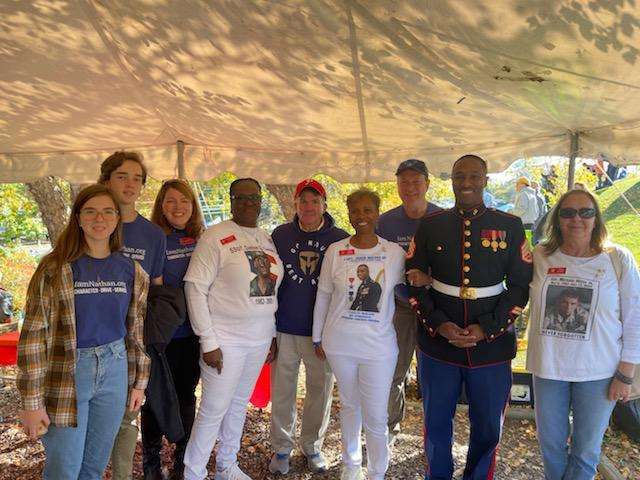 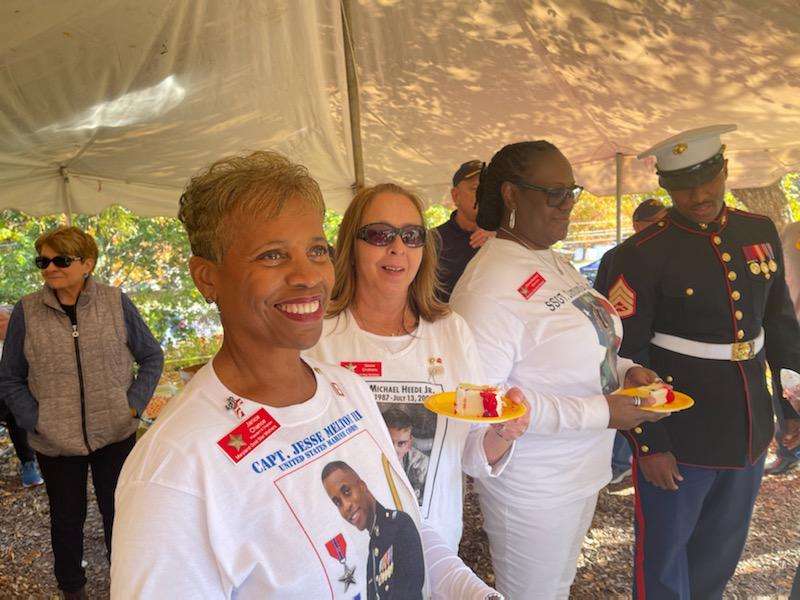 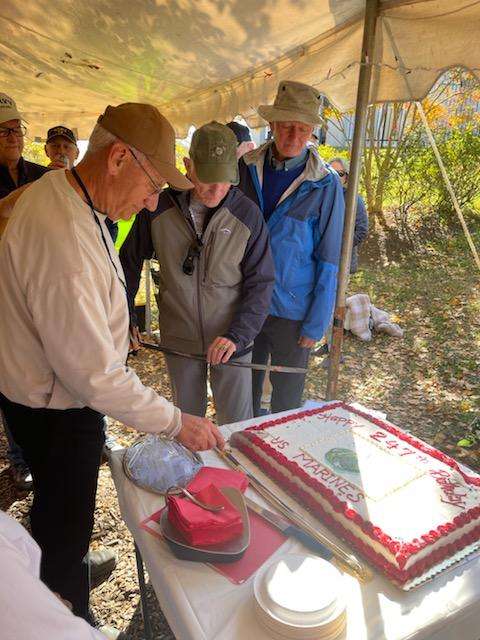 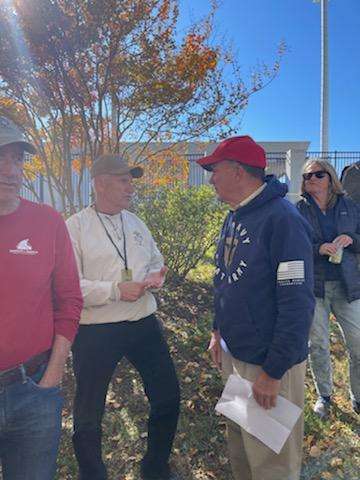 Rob Bender invited Maryland Chapter Gold Star Mothers to attend the United States Naval Academy’s Class of 1973 Marine Corps Birthday Celebration tailgate party and the USNA football game. Annually, the Marines of this class sponsor the last game of the season, which normally is around the time of the Marine Corps birthday. Gloria Carothers, Janice Chance, Donna Robinson, and Jeanette Middleton Sudano represented the MD Chapter.  Also in attendance were Gold Star Step dad Sam Sudano, Gold Star siblings Harrison and Olivia Sudano and Gold Star Step dad James Scarborough.  During the event the Marine Corps Birthday Order #47 message was read by one of the Class of 1973 Marines before he cut the Marine birthday cake. The moms were given a piece of cake as the honorary guests.  Then a piece of cake was cut by oldest Marine, LtGen Rich Kramlich USMC (Ret) and served to the youngest Marine, Marine SSgt Nicholas Simms, per the Marine Corps tradition before serving the other classmates and family members.  After the event Gloria, Jeanette and their family members attended the game along with the class of 1973 members and their family.  The Navy football team beat Temple 27 to 20.  Yeah! The win was a good way to end the Celebration.