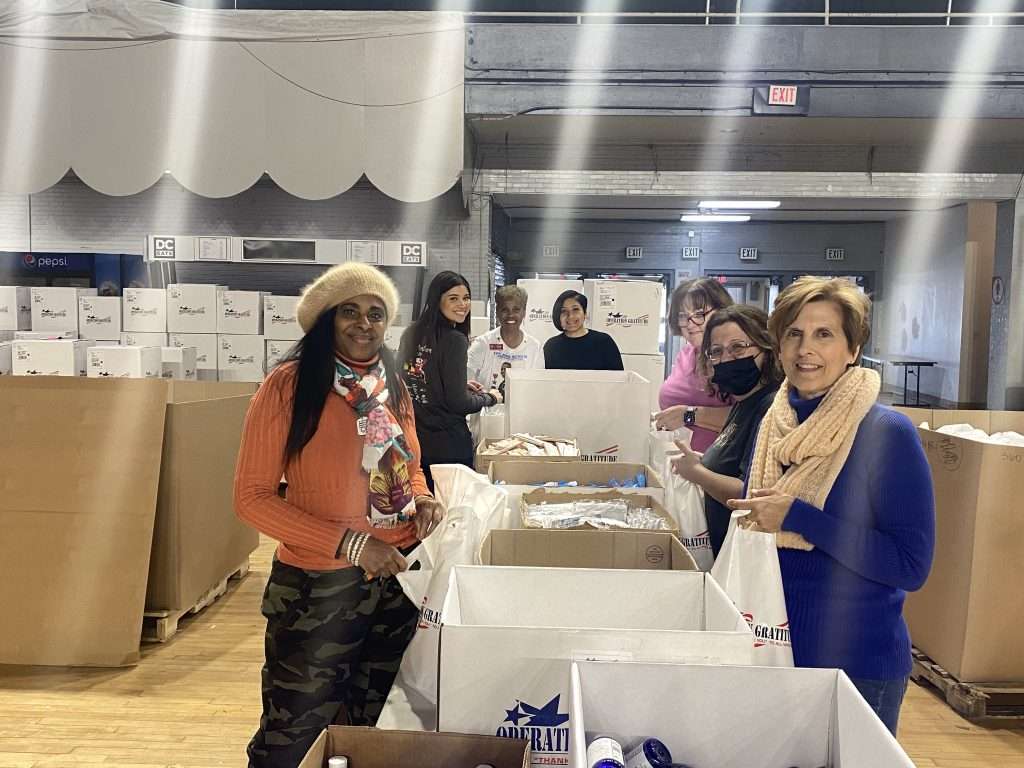 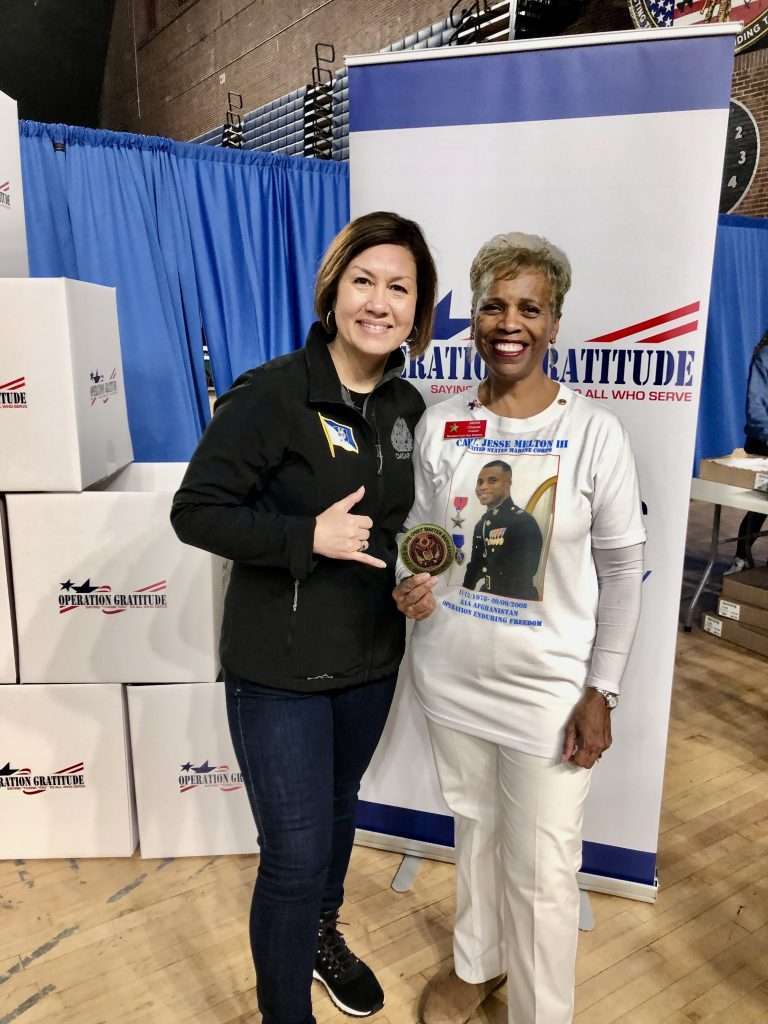 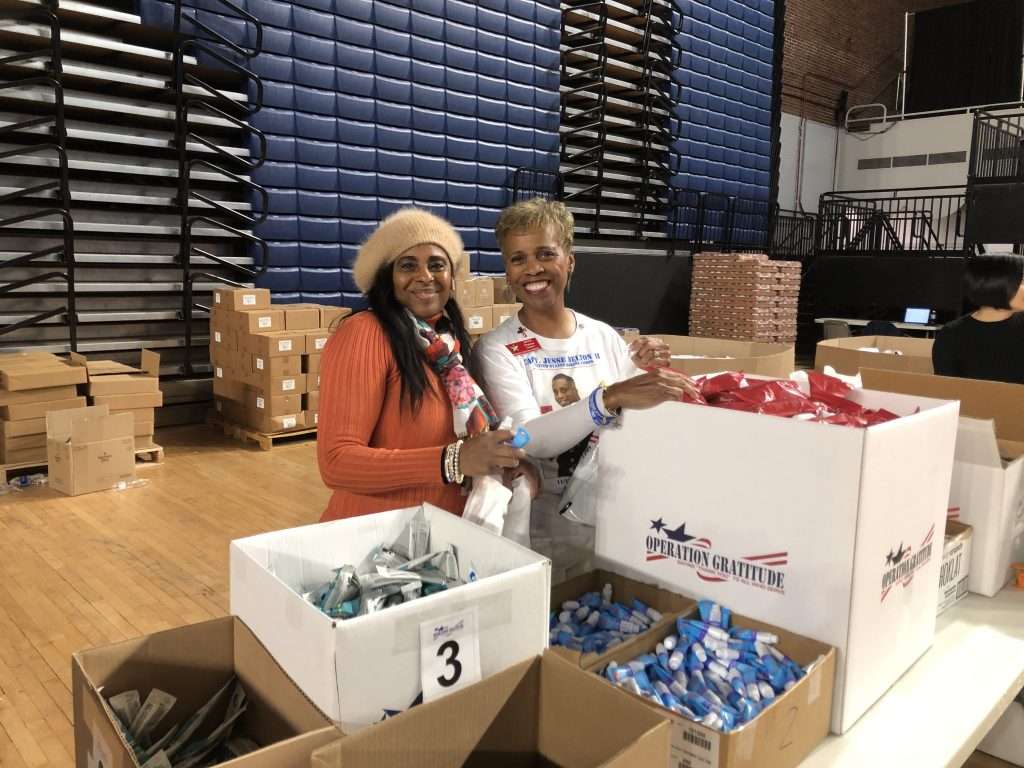 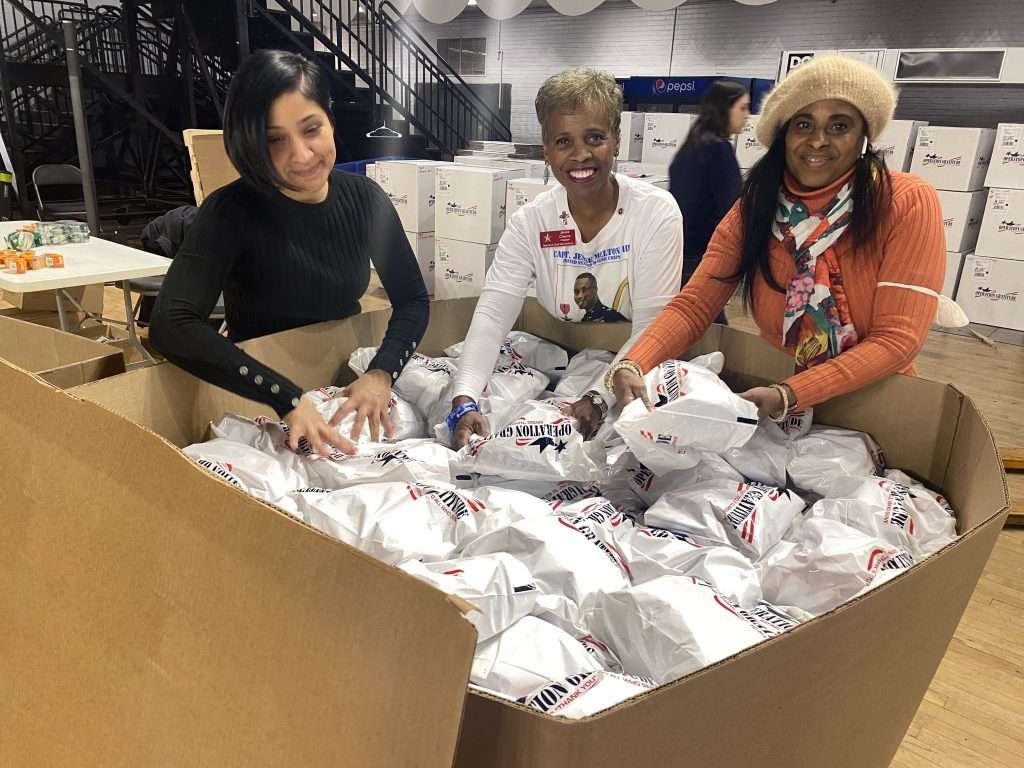 Operation Gratitude spent March 13 and 14 at the Washington DC National Guard Armory assembling 6,000 Care Packages for First Responders at dozens of law enforcement agencies and fire departments across the country. Among the volunteers on-site for the assembly was Maryland Gold Star Mothers Chaplain, Janice Chance. She is the mother of Marine Captain Jesse Melton III who was killed in Afghanistan in 2008. Since her son’s death, Janice has made it her mission to carry on his legacy of service through her own service to others. A regular at Operation Gratitude’s DC events, Janice volunteered both days of the March assembly. Fellow Maryland Gold Star Mother Maria Chambers also joined Janice on the second day of the event as an opportunity to show her appreciation for those who serve and to carry on the legacy of her son, WO1 Marvin Marcelle, US Army. He served for 16 years and was deployed to both Iraq and Afghanistan. WO1 Marcelle died as a result of an automobile accident while stationed in Germany in June of 2021.

Maryland Chapter Gold Star Mothers have been partnering with Operation Gratitude at Care Package Assembly Days for more than three years. Also at the most recent DC assembly was Chief Master Sergeant of the Air Force JoAnne Bass and her family, who expressed their appreciation to the volunteers there.

“We are so grateful for the support of people like Janice and Maria. Their families have made the ultimate sacrifice, but they continue to show up to express their gratitude to those who serve,” said Operation Gratitude CEO James Johnson, Maj.Gen. US Air Force (ret).