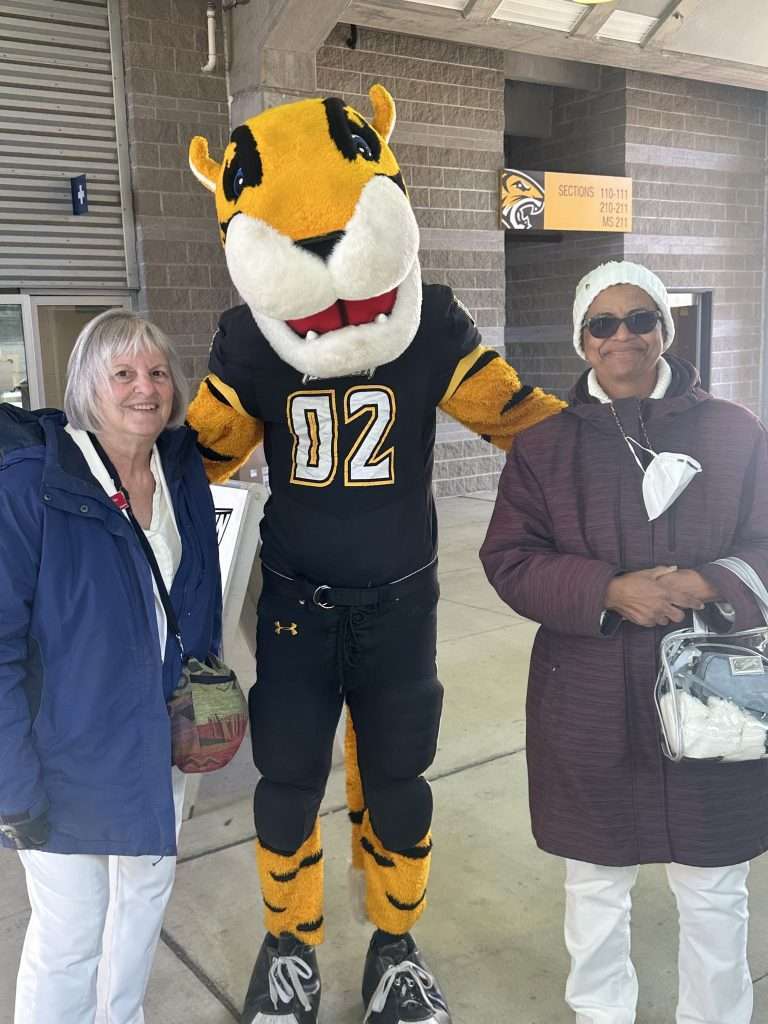 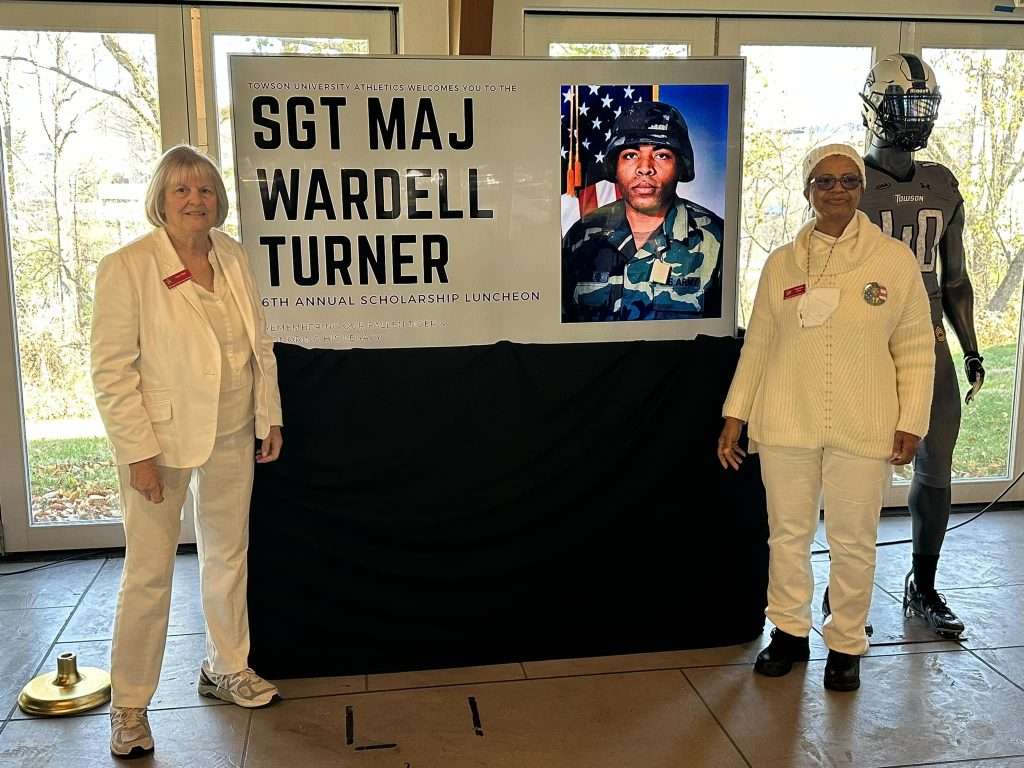 Maryland Gold Star Mothers, Stephanie White, and Tracy Miller were honored at the Towson University (TU) Military Appreciation football game on Saturday, November 19th. Prior to the scheduled football game, a luncheon was held in honor of Command Sergeant Major U.S. Army Wardell Turner who played football for TU and graduated in 1989 with a degree in Management. He made the ultimate sacrifice while serving in Afghanistan, and was killed in action on November 24, 2014. A scholarship has been established in his memory.

After the luncheon, Gold Star Families received the VIP treatment and toured the new Academic Achievement Center and afterwards attended the football game from The Minnegan Room at The Johnny Unitas Stadium as the Towson Tigers hosted the Hampton Pirates. TU Leadership is committed to supporting the military, Gold Star families and keeping the legacy of fallen Heroes alive. We had a wonderful day of remembrance and fellowship. The Towson Tigers won against Hampton Pirates 27 – 7, it was a great day for a football game and honoring our military.