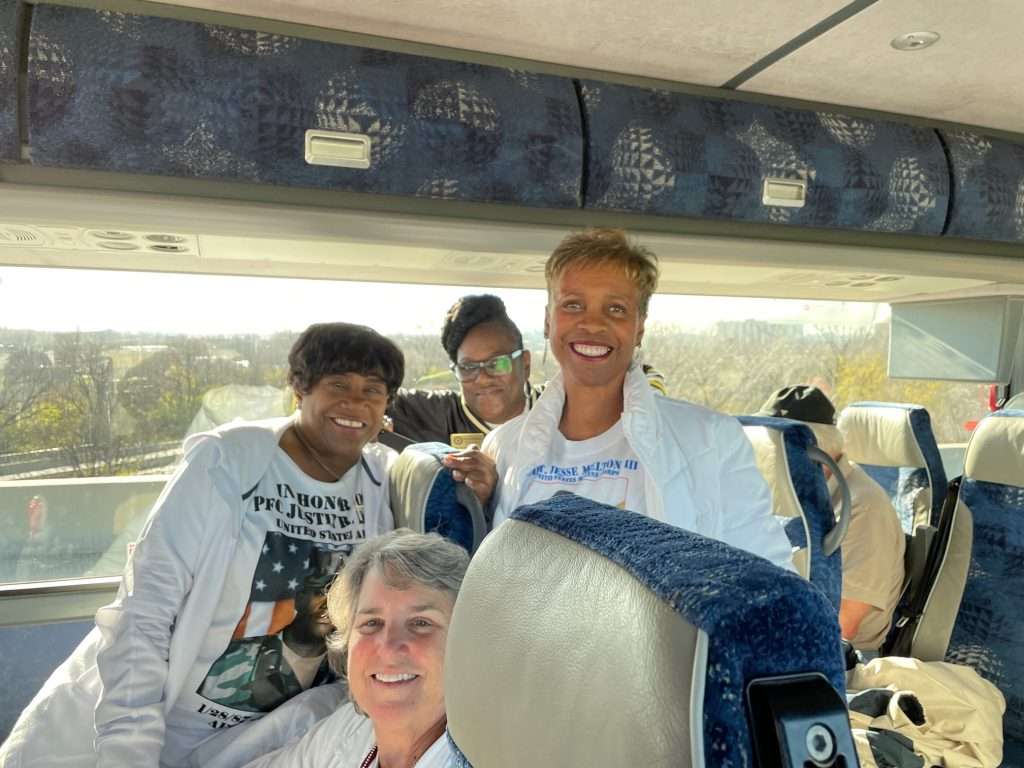 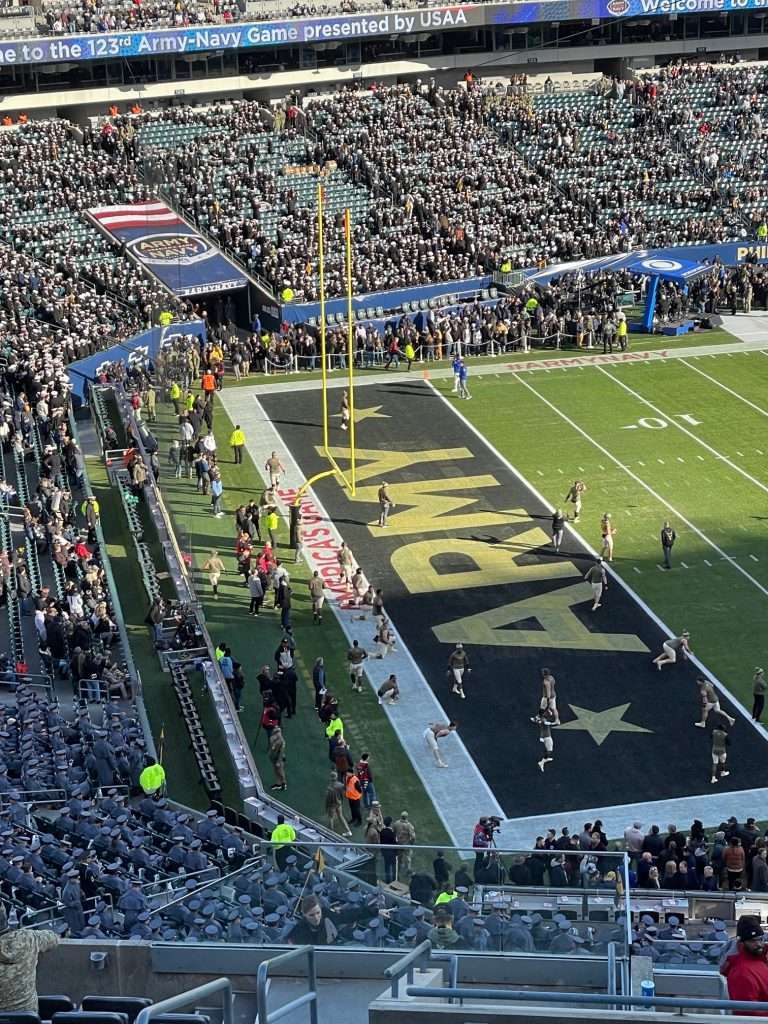 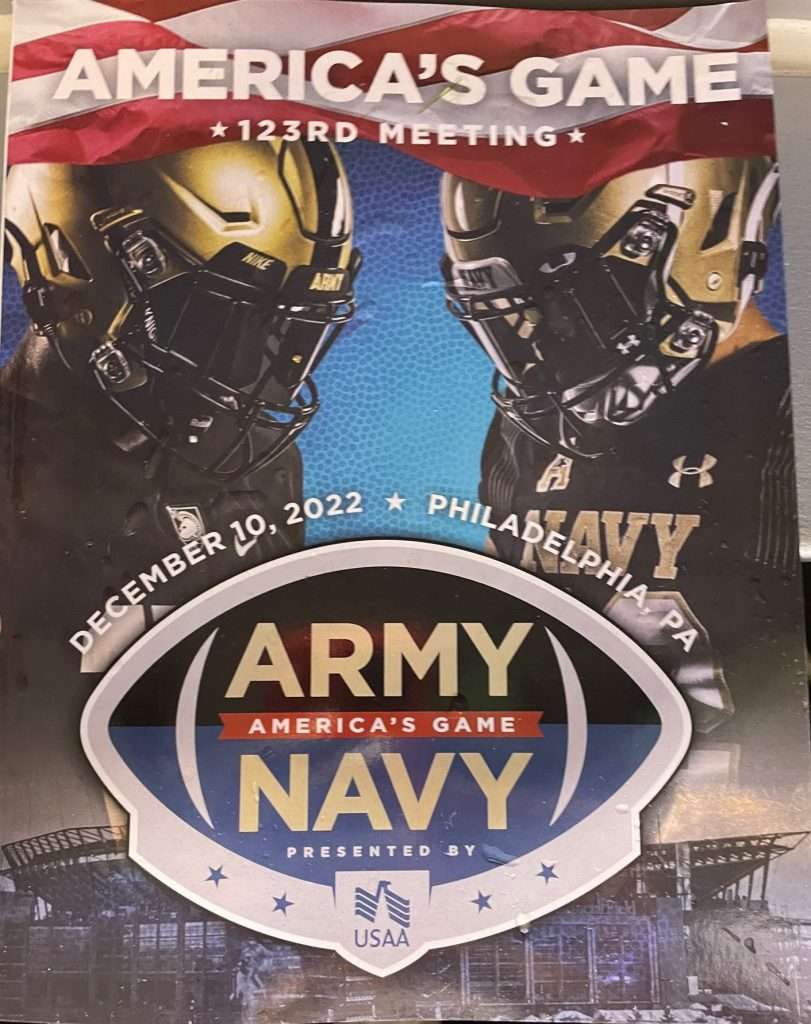 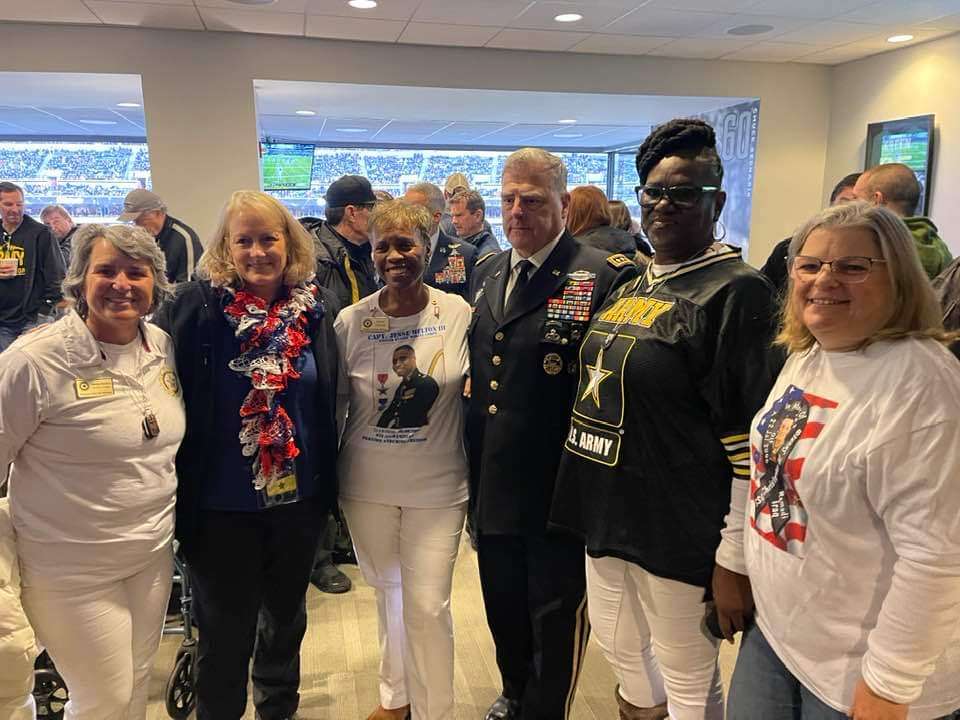 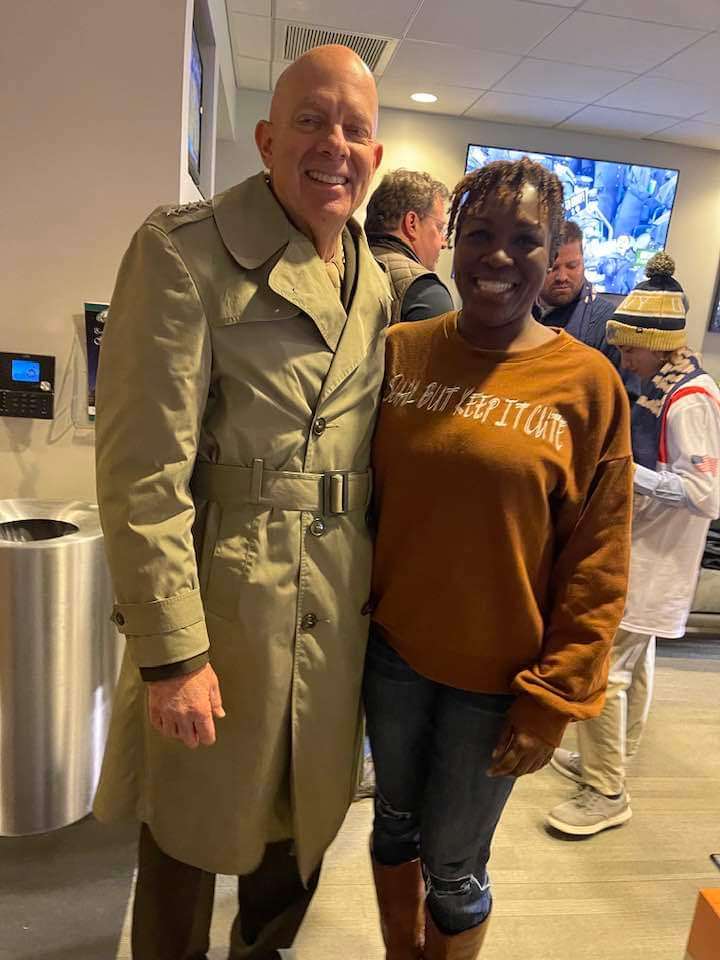 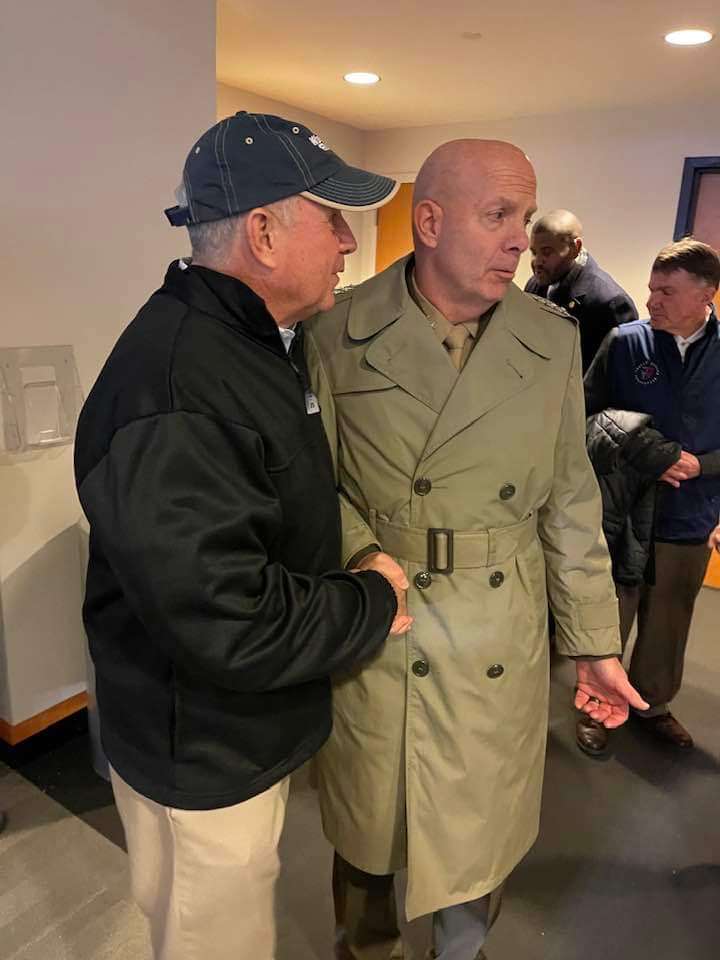 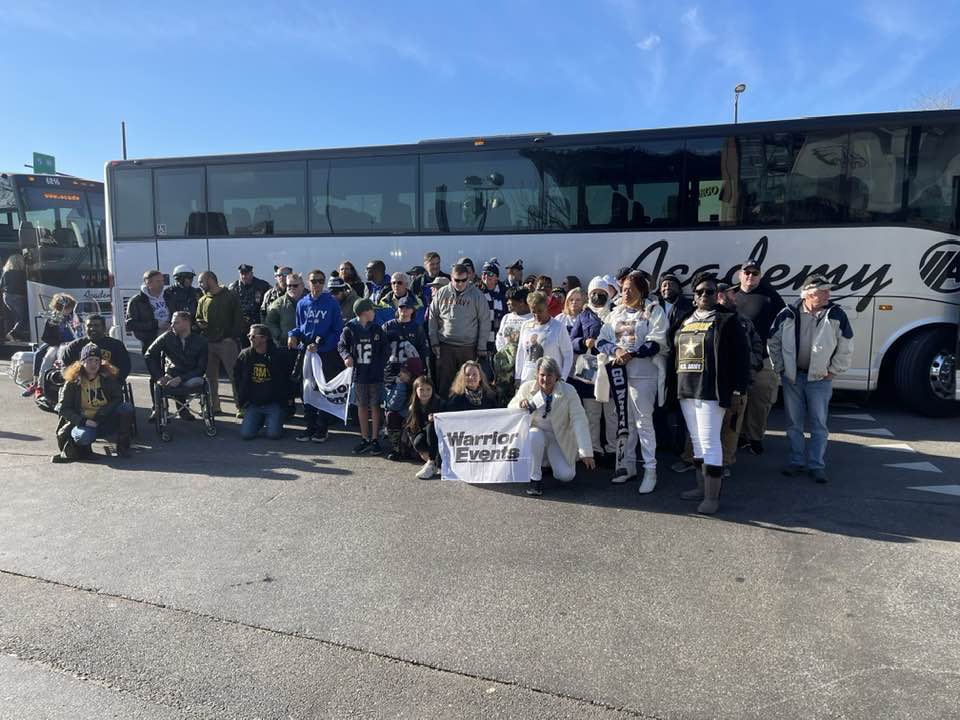 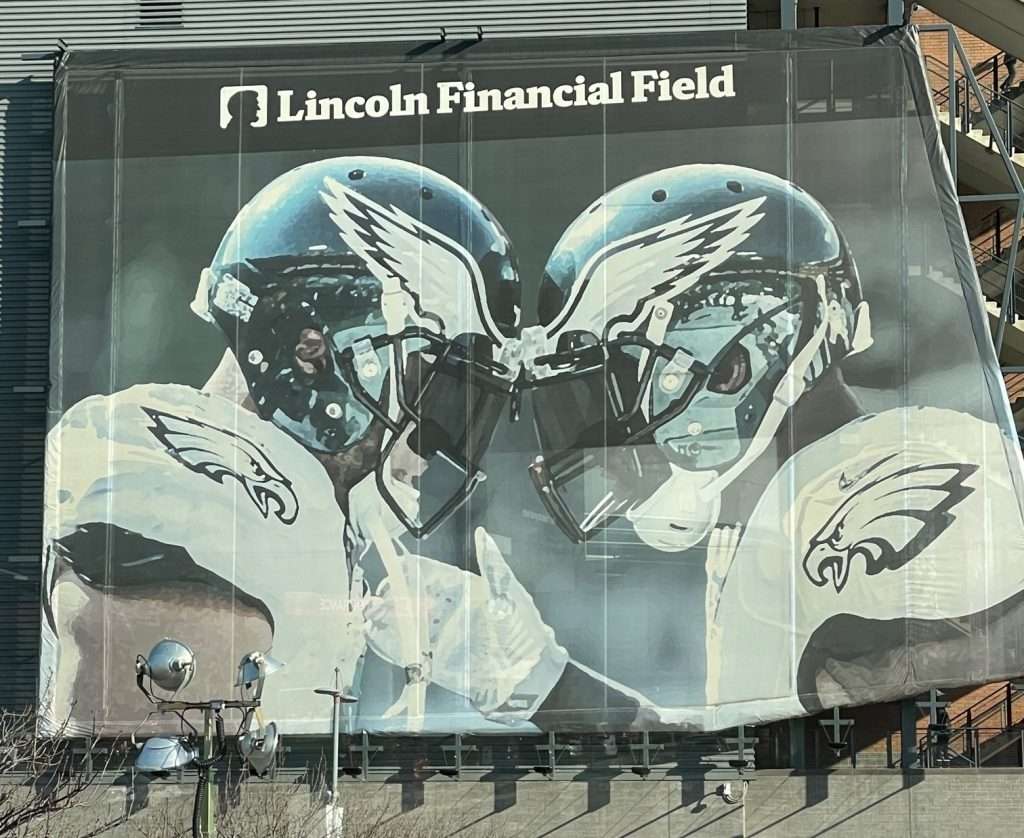 Maryland Gold Star Mothers were invited to join the Warrior Events and Travis Manion Foundation as guests to attend the 123rd Army vs. Navy football game on December 10, 2022 at The Lincoln Financial Field Stadium in Philadelphia, Pennsylvania. Gold Star Mothers Janice Chance, Theresa Karlson, Paula Davis, Donna Robinson, Kelly Swanson, Joy Goode, Stephanie White and Gold Star niece Peatoria Perdue was given the honor to ride up to the game on a bus with wounded warriors, veterans, their families and other patriots. When the buses arrived at the Philadelphia Welcome Center, we were pleasantly surprised to see a team of Philadelphia State Police who welcomed us and informed us that they would be escorting us to the stadium. After we arrived at the stadium, Warrior Events took a group photo. The Gold Star Mothers were directed to their designated club suites. A variety of food, snacks and beverages were provided. We enjoyed the delicious food, and fellowship as we watched the game. The football game went into double overtime, and finally ended with the score 20 to 17 – Army once again beat Navy. Even though this is a traditional, healthy rivalry, in the end, they are all winners because they are all committed service members of the United States Armed Forces.