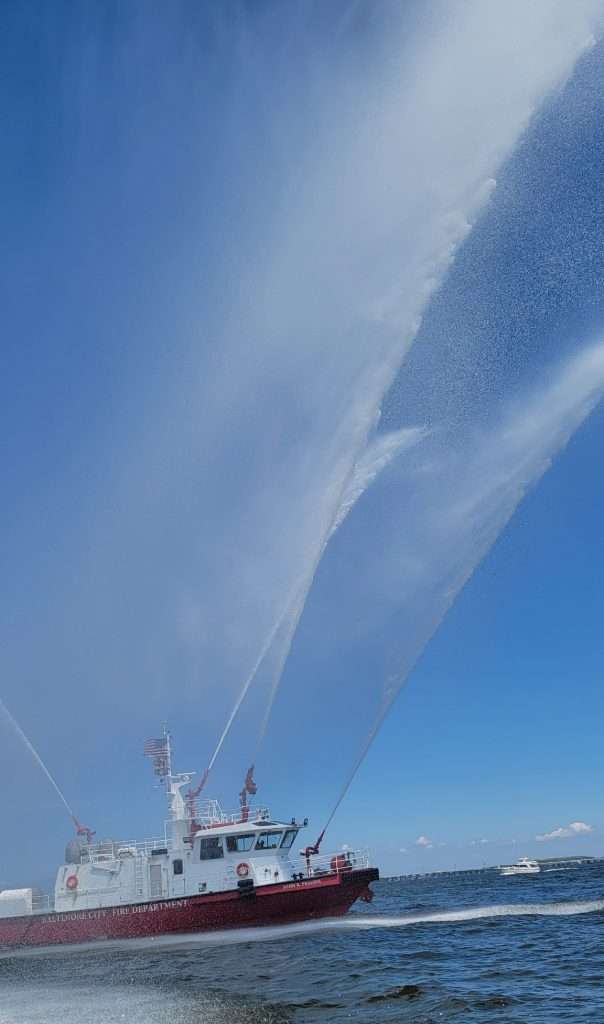 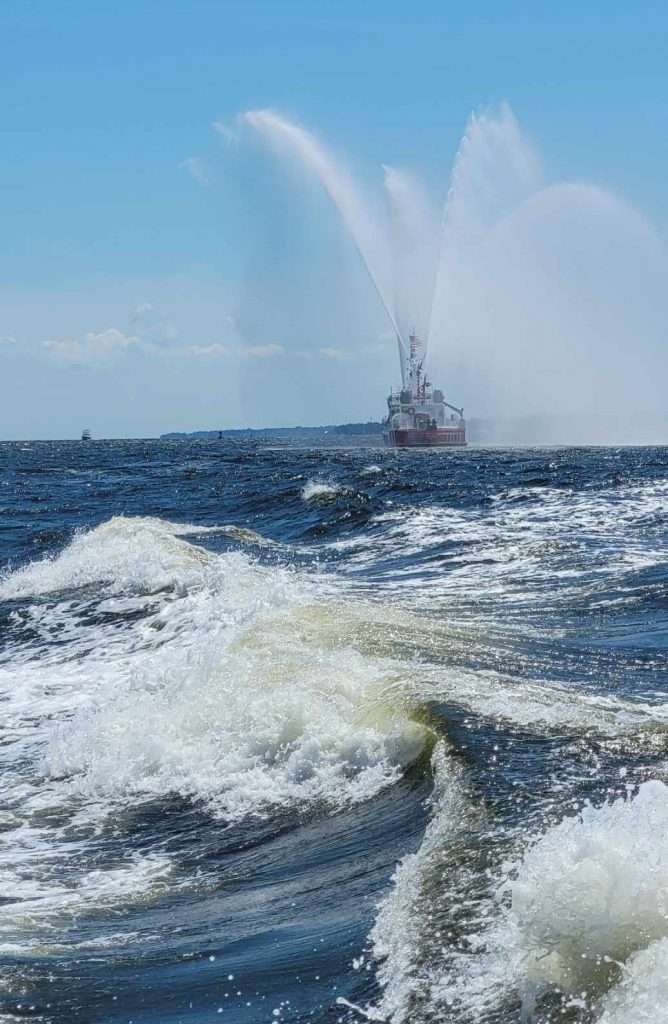 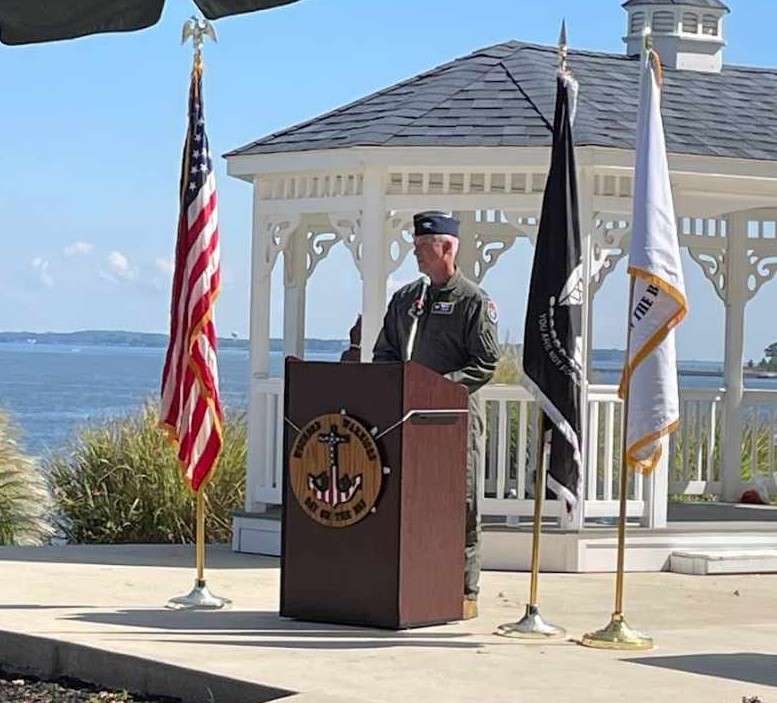 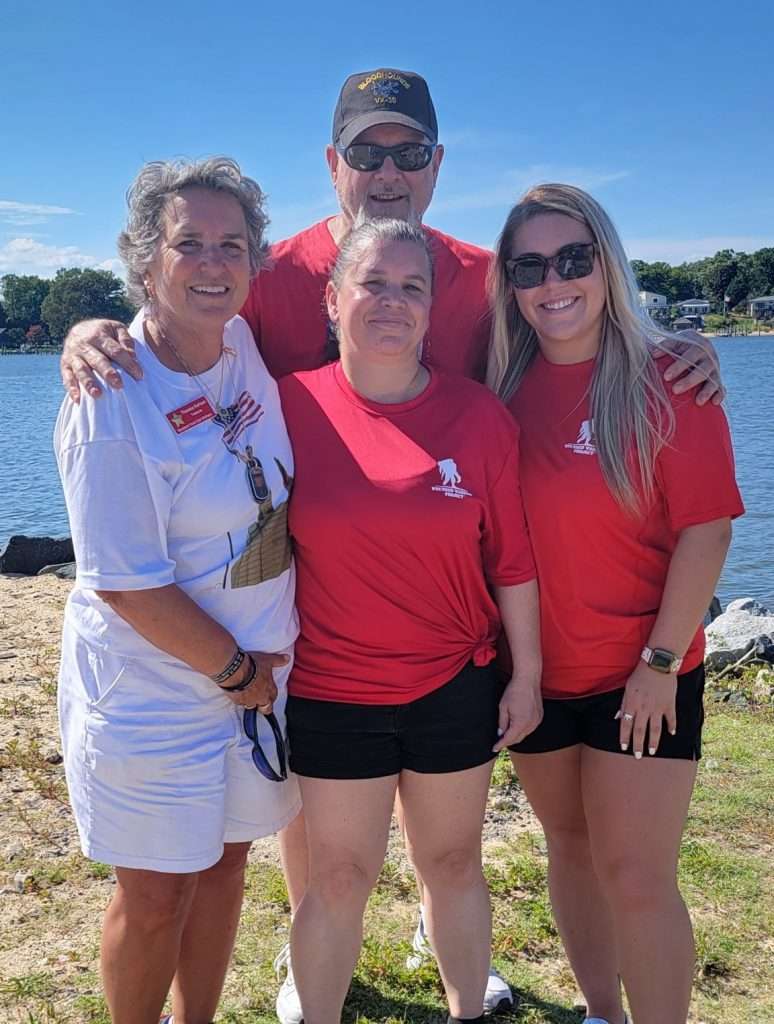 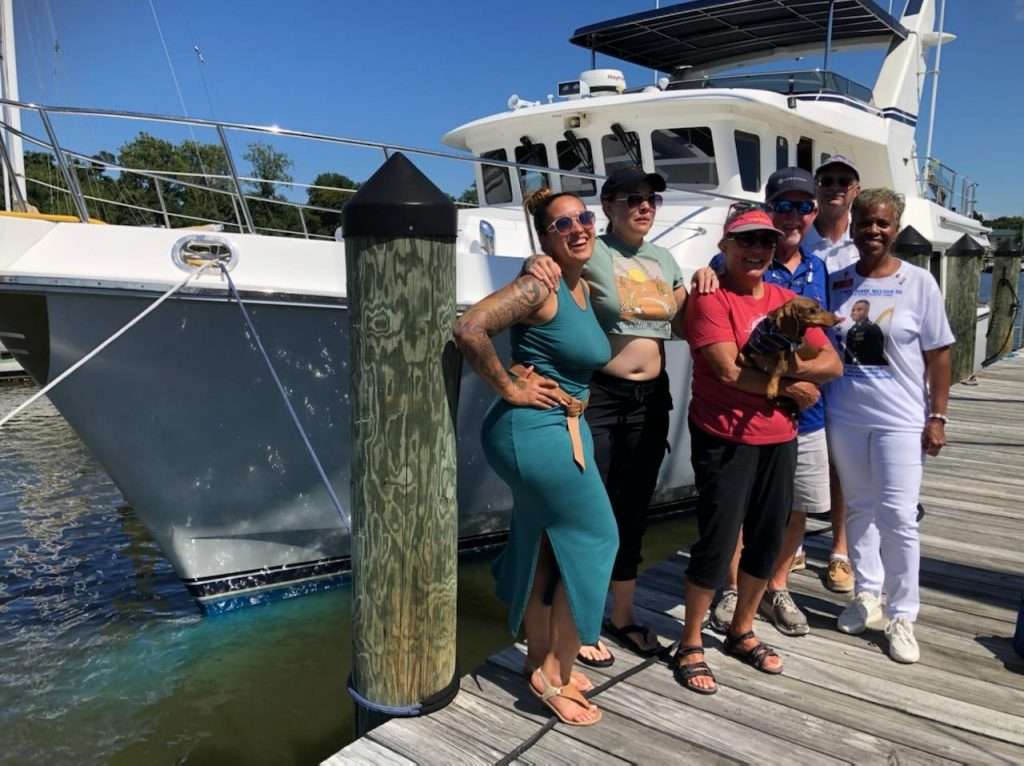 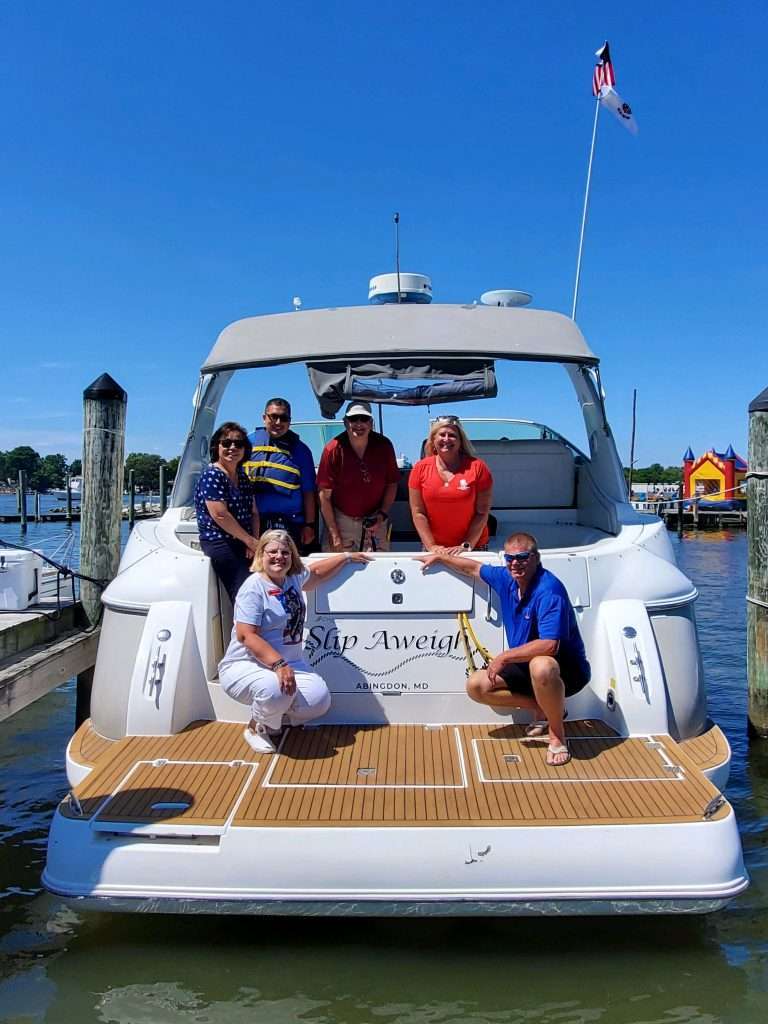 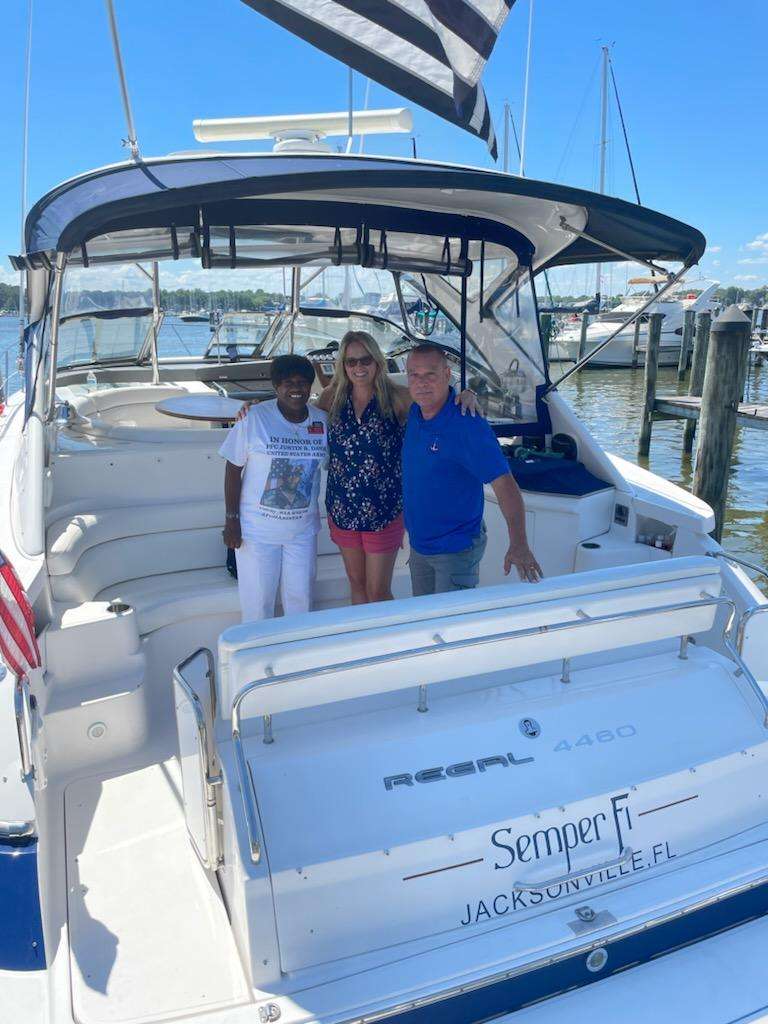 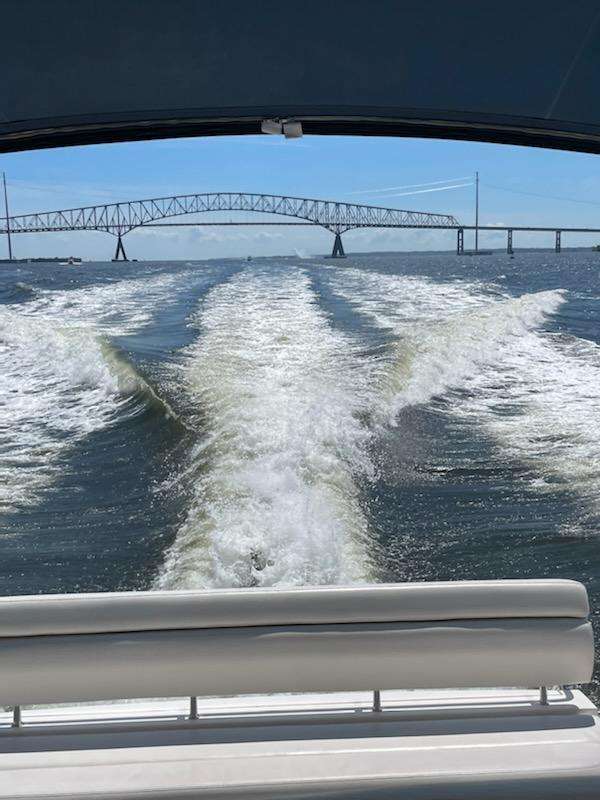 Gold Star Mothers Maryland Chapter members were invited by Mr. Mark Fitzpatrick, Co-Chair of the Sponsor Committee, Wounded Warriors on The Bay Day to attend and participate in their 10th Annual Wounded Warriors Day on The Bay event (WWDOTB). The purpose of the event is to provide a Stress-free Day on the Chesapeake Bay for Wounded Warriors (WW) and their families. https://www.wwdayonthebay.org/.  Janice Chance, Theresa Karlson, Kelly Swanson, and Paula Davis represented the Maryland Chapter. They joined volunteers from a variety of veteran service organizations and community supporters to serve our heroes and their families. There were approximately 200 people who attended this event, including wounded warriors and their families, Vietnam Veterans, Captains, and volunteers. A special recognition and appreciation ceremony was held for the Wounded Warriors.

The Vietnam Veterans of America Baltimore Chapter 451 opened the ceremony with the presentation of Colors.  Katlyn Mitchell sang the National Anthem, Jon Boesche, On Air Talent at CBS Radio Baltimore and On-Air Talent at Columbia Broadcasting was the master of ceremony, and Colonel Jeff Woolford, Maryland Air National Guard, was the guest speaker.  The WWs received a special “Thank you for Your Service” plaque, a challenge coin, an insulated cooler thermal bag, a $250.00 gift card and several other gifts. The Gold Star moms also received recognition during the ceremony, an appreciation plaque, a challenge coin, t-shirt and an insulated bag. The children received school backpacks filled with supplies and other gifts and they were also treated to a variety of activities.

Immediately after the ceremony, the WWs and their families and Gold Star moms were introduced to their assigned yacht Captain owner who would take them out on the Bay after lunch, which was provided by Mission BBQ. Gold Star moms were honored to join a WW and their family on the cruise. Yacht owners, who are members of several local yacht clubs, provided informative stories about the different landmarks as they toured the Bay into the Baltimore Harbor and back to the Maryland Yacht Club. They volunteered their resources, time, and vessels. As we went out to the Bay, we were pleasantly surprised to be “greeted” by Baltimore City Fire Department’s Fire Boats! Once the heroes and Gold Star moms returned from their cruise, they were treated to a feast that included steamed crabs, a variety of foods, beverages, and desserts. WWs were also given a raffle ticket as several donated items were raffled off, including two bikes! The fellowship was wonderful, the food was delicious, and the weather was delightful. The evening ended with TAPS as played by Katie Gaff.  It was a GREAT DAY ON THE BAY!